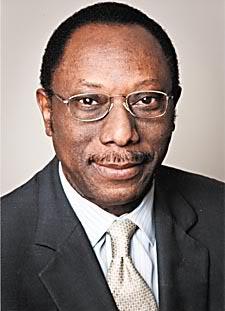 Only months after a hotly contested New Orleans City council election, there will be  another new face.

The news has rocked a city already reeling from other high-elected officials being indicted or convicted in recent years as a result of numerous convictions and guilty pleas by US Attorney Jim Letten.

U.S. Attorney Jim Letten said Johnson pleaded guilty to conspiring with other individuals to steal the money for his 2007 state senate campaign.

Letten said Johnson has pled  guilty to taking $16,640 and routing it through one of the nonprofit groups he controlled and using it for his campaign.

But the conspiracy didn't stop there, Letten told the media.

"We established and he admitted that with the assistance of another individual, completely concocted false invoices in order to submit to the small business administration to support an SBA loan that he had received post-Katrina to repair his personal home," Letten said.

It reads: "Today July 18, 2012, I will enter a plea to a one count bill of information, charging me with conspiracy to convert federal funds and to file a false statement with a government agency.

"For some time now, I have been aware that there was an investigation being conducted by the federal government regarding two non-profit organizations -- 9th Ward Housing Development Corporations and the New Orleans Health Corporation, which I have been assisting as an unpaid manager following hurricane Katrina.

"My attorney, Julian Murray, was advised by the assistant U.S. attorney that the government would be seeking charges against me relative to my activities in working with these two corporations, which received federal funds as a result of the storm damage. Believing I had done nothing wrong and to the contrary having large sums of my personal money and having devoted thousands of volunteer hours to these two charitable organizations, I requested a meeting with U.S. Attorney Jim Letten.

The Times Picayune reports that

Johnson pleaded guilty to those charges  in a hearing before U.S. District Judge Lance Africk. He faces a maximum of five years in prison and a $250,000 fine.

More in this category: « Despite Drew Brees, Atlanta Falcons could upend bountied New Orleans Saints If it’s Wednesday, it must be Air Jindal in Ohio or Romney Campaign Elsewhere »
back to top