Obama, liberals have spending problem, US has no revenue issue 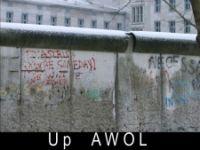 For years we have heard conservative members of Congress say that the federal government has a spending problem.  Now liberals in Congress are saying we have a revenue problem.  Two different takes on the economic mess our country is in and two different positions that will be difficult to resolve.  As a result America continues to sink further into debt and calls continue for additional higher taxes.

One thing about government is that it can create its own economic mess, and that is exactly what has happened.  For government and its bureaucracy to survive, they must create new programs and expand existing ones so that the government itself and the bureaucracy that runs it can justify their existences.  And one thing you can be sure of is that once a program begins it is nearly impossible to cut it.

For the first time in American history we have a president firmly committed to an expanded role for government in the daily lives of Americans.  Whether it is for more government expenditures or more and higher taxes to pay for those programs, Barack Obama truly believes that America's future lies with the active participation of the federal government in the daily lives of the American people.  He is unconcerned about deficits.  Republicans believe that the deficit must be addressed and that federal spending must be curtailed without raising taxes.

The solutions to our economic nightmare and rapidly rising deficit (the federal debt is now more than $16.5 trillion) are solutions that neither side wants to hear or discuss.  Democrats don't want to cut spending, and Republicans don't want to raise taxes.

By spending more than it can afford, the federal government has put itself into a no win position.  President Obama and many members of Congress call for more taxes on the rich.  Outspoken liberal and former Democratic Party presidential candidate and former Democratic Party Chairman Howard Dean has stated that taxes must be raised on everyone.  Without meaningful cuts in the budget, Howard Dean is right.  More taxes will be needed to fund spending and avert fiscal calamity.  But neither Mr. Obama nor members of Congress will admit this.

If the federal government has a revenue problem, as liberals claim, it is strictly the fault of the federal government.  Congress and the President, past and present, continue to spend money they do not have.  They have tricked the American people into believing that taxing the rich will resolve our economic mess when top economists tell us that taxing the wealthiest Americans at a marginal rate of 100% will not give the federal government enough revenue to pay its bills.  (Taxing the rich is easy since they compromise such a small percentage of voters.)  So it is no wonder that the federal deficit continues to grow at an alarming rate.  And, when you add in the outrageous tax exemptions and exclusions from federal income taxes that special interests get, the revenue picture gets worse.

Simply put Washington has exempted as many people and special interests as possible from paying federal income taxes, all for votes and campaign funds, while continuing to spend money the federal government does not have.  The federal government has ended up with the worst of both worlds, insufficient revenue to pay its bills and an increasing mountain of bills to pay.

President Obama and liberals in Congress have to know that continued unfunded spending and increasing deficits will send the American economy into a tailspin.  Failing to act means interest rates will rise making home ownership less affordable and creating another housing crisis.  Inflation will kick in increasing monthly rents, the cost of groceries, fuel, and energy, and the necessities of life.  All of this hits the poor and the middle class the hardest, the very people liberals say they want to help, and makes more Americans dependent on the federal government.

So what is it going to be?  Higher taxes, less spending, or both?

My position?  Raising taxes across the board, as Howard Dean advocates, will send us into another recession.  Selective tax increases will not be enough and could also create another recession.  Ignoring the problem or simply paying lip service to it as Washington is doing now will only make matters worse.  I believe the federal government has a spending problem; and, if it is not resolved soon by cutting spending, raising taxes on the poor and the middle class will be the least of our problems.

More in this category: « Gingrich Affair and the Romney Tax Bill: A Nice Mess New Orleans Saints, Panthers, Brees And All That Class »
back to top