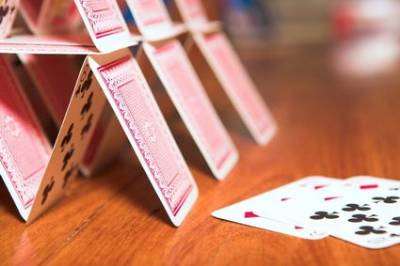 There has been an interesting turn of events concerning LouisianaVoice’s attempts to obtain the names of recipients of Rep. Joe Harrison’s letter soliciting contributions of $1,000 to help defray the expenses of “over thirty” state legislators to attend a national conference of the American Legislative Exchange Council (ALEC) in Salt Lake City next week.

Harrison (R-Gray) mailed out a form letter on July 2 that opened by saying, “As State Chair and National Board Member of the American Legislative Exchange Council, I would like to solicit your financial support to our ALEC Louisiana Scholarship Fund.” ALEC Letterhead

The letter was printed on state letterhead, which would appear to make the document a public record so LouisianaVoice immediately made a public records request of Harrison to provide:

• A complete list of the recipients of his letter;

• A list of the “over thirty” Louisiana legislators who are members of ALEC.

ALEC membership, of course, is a closely-guarded secret but once the letter was printed on state letterhead—presumably composed on a state computer in Harrison’s state-funded office, printed on a state-purchased printer and mailed using state-purchased postage—the request for a list of members was included in the request for recipients of the letter.

Harrison never responded to the request despite state law that requires responses to all such requests.

“Rep. Harrison informs that his assistant will return Monday (July 16) and send the list of recipients of the letter.

“The names of legislators who serve on the task forces of ALEC is not a record of the state. Because joining ALEC is an individual decision for each legislator and does not involve expenditure of public funds, no record of the House is maintained relative to this membership.

“Monday, I will forward you the list of recipients.”

But when Monday came, things had changed dramatically.

On Monday, LouisianaVoice received an e-mail from Speer:

“I have looked further into your records request.” (Notice he omitted the word “public” as in “public records.”)

“Rep. Harrison composed the letter of which you possess a copy. Rep. Harrison sent that one letter to a single recipient,” Speer’s email continued.

“If that letter was distributed to a larger audience, such distribution did not create a public record.

“R.S. 44:1 defines a public record as a record: ‘…having been used, being in use, or prepared, possessed, or retained for use in the conduct, transaction, or performance of any business, transaction, work, duty, or function which was conducted, transacted, or performed by or under the authority of the constitution or laws of this state…’

“My opinion is that the solicitation of donations for ALEC does not create a public record. The courts have been clear in providing that the purpose of the record is determinative of its public nature, not the record’s origin.”

It seems questionable, at best, to contend that the letter went out to only recipient. First of all, the letter’s began with, “Dear Friend:” It would seem logical to assume that if it went to only one person, Rep. Harrison would have at least extended the courtesy to make the salutation a bit more personal, as say, “Dear John:” or “Dear Mr._____:.”

Moreover, it would also seem highly doubtful that Harrison would be soliciting a single $1,000 contribution to cover the expenses of an entire contingent of “over thirty” legislators to attend the conference.

Still, Speer persisted, saying, “…it is my responsibility to consult with Representatives and make the determinations as to what records are or are not public in nature.

“…The contents of (Harrison’s) letter speak for itself….The origin of a document is not the determining factor as to its nature as a public record. The purpose of the record is the only determining factor. Whether the letter was or was not ‘composed on state letterhead, on a state computer, printed on a state-owned printer and mailed in state-issued envelope(s)’ (a list of assertions I do not agree with and which you cannot substantiate) does (sic) not, per force, create a public record. If the letter were concerning ‘any business, transaction, work, duty, or function which was conducted, transacted, or performed by or under the authority of the constitution or laws of this state,’ then such a letter is a public nature.”

That interpretation flies in the face of past requests for records that included e-mail messages and jokes—and in at least one case, pornography—by state employees that had no relation to state business but which news media have obtained and subsequently published and/or broadcast.

Speer then offered a most curious interpretation of the public records statute when he said, “The fact that an official may be traveling does not place the travel or its mode of payment or the source of the resources used to travel ipso facto within the public records law. The purpose of the travel is the determining factor.”

Speer was asked by LouisianaVoice, “What changed between your e-mail of last Thursday (July 12) and today’s (July 16) decision?”

“I did as I promised. What information I gathered resulted in my e-mail to you.

“Your personal interpretation of the law is not determinative of the actual scope of the law.”

Speer apparently was overlooking the fact that the House and Senate combined to pay 34 current and former members of the two chambers more than $70,000 in travel, lodging and registration fees for attending ALEC functions in New Orleans, San Diego, Washington, D.C., Phoenix, Atlanta, Chicago, Dallas and Austin between 2008 and 2011.

Of that amount, almost $30,000 was paid in per diem of $142, $145, $152 or $159 per day, depending on the year, for attending the conferences. The per diem rates corresponded to the rates paid legislators for attending legislative sessions and committee meetings.

ALEC advertises in pre-conference brochures sent to its members that it picks up the tab for legislators attending its conferences. That would raise the question of why legislators were paid by the House and Senate for travel, lodging and registration costs if ALEC also pays these costs via its ALEC Louisiana Scholarship Fund.

by Tom Aswell Publisher of the Louisiana Voice

More in this category: « Frankly, New Orleans Saints did bounties, we've got Brees, move on Jindal dedicates 40M cold storage facility at Port of New Orleans »
back to top