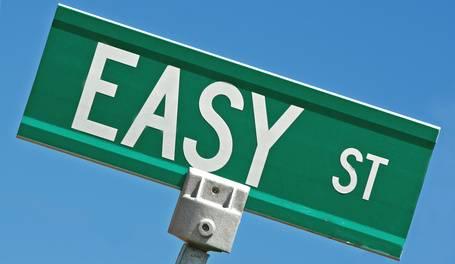 After years of financial chicanery, federal prosecutors have decided that Wall Street manipulators are both too big to fail and too big to jail.

The most recent culprit, in what seems to be a conspiracy to “go soft” on financial shenanigans, is the British owned bank, HSBC, that was granted a criminal reprieve and monetary slap on the wrist for confecting the largest drug and terrorism money laundering scheme in U.S. history.  To give the aura of being tough on crime, the Justice Department levied a fine of $1.9 billion, which amounts to about five weeks of profit for this international bank for highly suspect, if not outright criminal actions, quite possibly extending as far back as 2001.

HSBC is far from the only bank guilty of such deplorable dealings.  There has been a pattern of the largest banks on Wall Street engaging in the most relentless and irresponsible behavior – and this has undermined the entire US financial system.  At a US Senate hearing in Washington last week, Senator Elizabeth Warren from Massachusetts confronted bank regulators and ask if they could identify any example of Wall Street bankers being criminally charged and taken to trial.  The regulators could only say:  “We will get back to you.”

Financial columnist Matt Taibbi concluded in a recent column:  “Nobody goes to jail. This is the mantra of the financial–crisis era, one that saw virtually every major bank and financial company on Wall Street embroiled in obscene criminal scandals that impoverished millions and collectively destroyed hundreds of billions, in fact, trillions of dollars of the world’s wealth – and nobody went to jail.  Not a single executive who ran the companies that cooked up and cashed in on the phony financial boom has ever been convicted.”

In the case of HSBC, it was the financial lapdog for a number of Mexican drug cartels, many of whom were suspected in thousands of murders during the past decade.  The bank also had ties and handled money exchanges for groups linked to Russian gangsters, Hezbollah, Iran, North Korea and Al Qaeda.  This was not your friendly, local neighborhood bank.  So why wasn’t the bank and key employees charged with assorted federal crimes?

Simply put, the Justice Department decided to go soft.  After all, according to the Feds, the whole future of the world economy was at stake. “Had the US authorities decided to press criminal charges, HSBC would almost certainly have lost it's banking license in the U.S., the future of the institution would have been under threat and the entire banking system would’ve been destabilized.”  That according to the Justice Department press conference to announce the fine, but no charges.  So the whole world-banking pyramid could collapse?  Over one bank?  Yeah, right!

As Rolling Stone magazine points out: "At HSBC, the bank did more than avert its eyes to a few shady transactions. It repeatedly defied government orders as it made a conscious, year-long effort to completely stop discriminating between illegitimate and legitimate money.  And when it somehow talked the US government into crafting a settlement over these offenses with the lunatic aim of preserving the bank’s license, it succeeded, finally, in making crime mainstream.”

It’s not just the banks getting off with a slap on the risk when it comes to their criminal behavior.  The bailouts just won’t go away.  The federal government paid out billions of dollars just five years ago purportedly to keep the big banks afloat.  Insurance giant AIG, which is supposedly regulated by state insurance commissioners, is back on the financial scene in a bitter dispute involving more bailouts.  The taxpayers bailed out AIG to the tune of some $200 billion, and ongoing efforts to recoup much of the money have been stymied by the New York Fed.

The financial crash in 2008 was triggered by AIG’s selling of credit default swaps that were supposed to be regulated by state insurance departments.  But again, AIG was one of these “too big to fail” Wall Street icons, so state regulators turned a blind eye, and let this feckless and arrogant company continue to spread it’s toxic insurance derivatives throughout the financial marketplace.

In an effort to recoup some of the losses, AIG is being pushed to bring legal action against the Bank of America, one of the recipients of over $l5 billion in bailout money.  And although AIG would seem to have a valid claim and a solid lawsuit, the New York Fed has let Bank of America off the hook.

Here is what Ohio US Sen. Sherrod Brown, a member of the Senate Banking Committee (and a former colleague of mine when we both served as Secretaries of State) had to say about the actions of the New York Fed on blocking the law suit: “New York Fed’s behavior in this case underscores that the more we learn about these bailouts, gifts and advantages that Wall Street gets, the clearer it becomes that one set of rules applies to the largest megabanks and another set of rules to the smaller financial institutions and the rest of the country.”

At the federal and state levels, the regulators and prosecutors seem to be intimidated, even afraid to prosecute the very powerful.  So we have two classes.  One class that can be arrested for even the most minor of crimes, and the other class whose members are above the law. Time and again during the country’s financial meltdown in 2008 and the aftermath that continues today, the barons of Wall Street can flaunt their noses at the law and continue to reap huge bonuses with taxpayer dollars.

As my local banker friend, Preston Kennedy in Zachary, Louisiana told me, the answer is simple. “The solution demands the political will to break up these greedy and corrupt giants that threaten to engulf financial system.”  He’s right.  But does congress have the will?

DO YOU BELIEVE THE US GOVERNMENT HAS BEEN TOO EASY ON THE BANKS?  TALK ABOUT IT BELOW