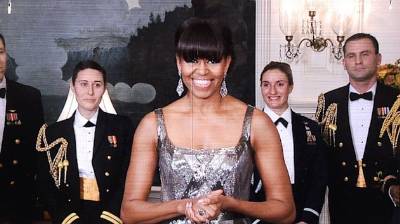 President Barack Obama is accustomed to receiving awards he does not deserve. In fact, the President received the ultimate award in November of 2008.

He was elected President of the United States despite scant credentials for the world’s most important position. He benefited from very inadequate vetting by the liberal news media; former political watch dogs turned lap dogs in the age of Obama.

Right after his inauguration, Obama won the Nobel Peace Prize. This ludicrous decision was not based on the President’s few accomplishments, but rather on the hope that he would successfully pursue peace during his term. Of course, no other U.S. President would have ever received such an award without any credentials.

So, what do you get for the man who has everything? How about an Oscar? It makes sense for Barack Obama is a glorified actor portraying a President. He is impersonating a leader, without showing leadership. He has never managed any organizations and has no executive experience, yet he is the Chief Executive Officer of our nation. He clearly does not know how to govern, so, instead, he continues to engage in his favorite activity, campaigning.

He is not the Commander-in-chief, but the Campaigner-in chief. In the process, he plays the role of President perfectly, fooling more than half of the American people, approximately 51% in the last election.

Barack Obama looks presidential, sounds presidential, lives in the White House and uses Air Force One. Everyone calls him “Mr. President,” and he even welcomes world leaders to our nation’s capital.

It is clear that he is an excellent actor, he knows enough to look the part, act like a President, but just like in the movies, it is make believe. In reality, behind the facade, Barack Obama is a truly clueless and ineffectual President.

While he plays a role, our nation’s problems are only getting worse, our country is becoming further divided, and there is no bipartisan compromise, only bitter confrontation in Washington D.C. This situation is exacerbated because Barack Obama is only acting in a role that he has no idea how to actually embody in the real world.

This persuasive acting performance has certainly convinced one group of supporters, the liberal community in Hollywood. They know a good actor when they see one.

This community treats the President and his family as virtual monarchs. Thus, it is no surprise, on Sunday night; they bestowed on Michelle Obama the unprecedented and highly inappropriate honor of announcing the Oscar for Best Picture. She appeared on satellite as a reigning monarch, in a glittering dress, surrounded by military personnel. It was a completely shameful misuse of our brave service members and another example of how the First Family uses props to further their agenda. For example, just last week, President Obama was campaigning against budget sequester with first responders behind him. He signed executive orders on gun control surrounded by children who had written to the Oval Office. Clearly, the First Couple will use anyone they need to further their political agenda.

In this latest outrage, the Academy of Motion Picture Arts and Sciences was only too happy to be used by Mrs. Obama. Never before had a First Lady been given such a privilege. Even Nancy Reagan, a former actress, was denied such a distinction. Of course, the Hollywood liberals hated anything associated with Ronald Reagan, although he spent years as an actor and President of the Screen Actors Guild.

The infatuation with the Obama’s is so extreme that the movie industry may want to take the next step for 2014. Instead of staging the awards in Hollywood, they might as well do it right in the Rose Garden.  They should invite President Obama to be the permanent host and presenter of all awards. In that way, the President can award the Oscar for Best Male Actor to his favorite person, Barack Obama, as the elite of Hollywood give him a standing ovation.