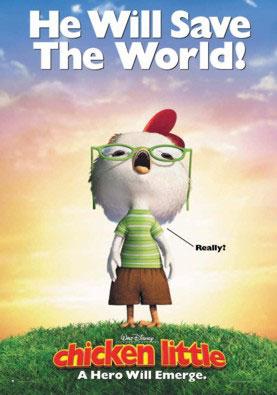 Every so often, Americans are subjected to outright fear mongering from our politicians, claiming the world is going to end.

There was intense hyperbole about the federal government shutdown of 1995 and the Y2K crisis a few years later. In the last year, it seems we are hearing of an apocalypse every few weeks. We just survived the Mayan calendar hoax and the politician created fiscal cliff nonsense. We have now reached the supposedly dreaded impact of sequestration, which will require across the board cuts totaling $85 billion in both defense and non-defense spending.

President Obama and his tax and spend Democratic colleagues are bemoaning the impact of these cuts, claiming that Americans will needlessly suffer. However, this was the President’s idea in the first place. In fact, the Washington Post’s Bob Woodward has reported this inconvenient truth. As a result, Woodward has been savaged by his liberal colleagues in the media and the Obama White House. Woodward was also threatened by a key Obama adviser, who yelled at him for 30 minutes and then claimed he would “regret” exposing this interesting bit of information. Woodward should be commended for doing his job as a responsible journalist. Too bad so many of the media have fallen under the Obama spell and no longer practice fair and balanced journalism.

Obviously, President Obama believed that congressional Republicans would buckle as usual and go along with higher taxes. At least in this one case, the GOP stood firm and did not cave to the President on the issue of higher taxes. In the fiscal cliff deal, Republicans acquiesced as taxes were raised on Americans making over $450,000 per year. In that deal there were almost no spending cuts of any magnitude, as it included $44 of tax increases for every $1 of spending cuts.

After that most recent tax increase, it would have been foolhardy to increase taxes any more without significant spending cuts. The problem is that the President will not cut spending. This sequester is happening against his will, but it is a very good thing, we need it.

Our country has a $16.6 trillion national debt; we are accumulating deficits of over $1 trillion per year. In a budget of $3.6 trillion, we should be able to cut $85 billion in spending without the sky falling. This represents only 2.3% of the overall budget total.  In fact, the budget will continue to grow, just not as fast. We are only cutting the rate of growth, not the actual amount of spending.

In a bad economy, Americans are tightening their belts, so should the federal government. The bottom line is that this sequester should be only the first step toward much more aggressive cuts in the future.

Sadly, the Obama administration is implementing these cuts by targeting areas of vital importance to our country, such as border security. It was announced this week that hundreds of illegal immigrants slated for deportation are being released back into society with electronic monitoring. Surely many of these criminals will vanish into thin air and never report to immigration officials again. This is an unnecessarily provocative act that might harm the safety of innocent Americans.

In another matter, Bob Woodward lambasted Obama’s decision not to send an aircraft carrier to the Persian Gulf due to the sequestration. He called the action “madness,” and noted that other Presidents like Reagan and even Clinton would have never comprised our national security in such a reckless manner.

Instead of showing leadership on this issue and trying to negotiate a compromise, Obama has played golf with Tiger Woods, campaigned against Republicans and acted in a typically partisan manner.  Thus, it should be no surprise to anyone that no deal was reached.

As we move forward, Republicans should hold firm and not cave on the tax issue again. While some federal employees will face furloughs in April, this sequestration is necessary to account for our decades of reckless spending.

Let’s hope sequester is just the start and much more aggressive cuts are coming. If not, we will never get serious about our fiscal mess and a total financial meltdown will result.

HOW BAD DO YOU BELIVE THE SEQUESTER WILL BE?  TELL US BELOW

More in this category: « Louisiana Business Org. LABI Elects Officers, Board New Year Brings In The Stupid, Again »
back to top