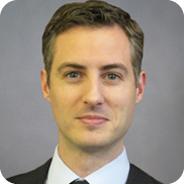 State Superintendent of Education John White released the proposed accountability system plan which he is required to do as a result of recent education reforms passed this spring in the Louisinaa legislature.  There has been concern over whether the charter schools will be held accountable in a manner commensurate to the public schools so that parents could make an educated choice as to where they should send their children.

There have been public demands for accountability plans from White, especially in lieu of controversies surrounding the issuance of vouchers for charter schools unequipped to handle the studnets and because of his involvment in what is viewed by some as a scheme by him and the Jindal administration to change the conversation over that controversy.

The law has also been criticized by others who feel the legislation is depleting funds for the public school system in favor of funding a religious-based charter school system.

White issued the report including comments by pro-charter school organizations, religious groups and conservative groups which have been supporting the legislation.

Here is the press release from the Louisiana Department of Education:

Today, per Act 2 of the Legislature, State Superintendent of Education John White released the proposed accountability system for nonpublic schools participating in the Louisiana Scholarship Program, creating a common bar for measuring student achievement in traditional public schools, charter public schools, and participating nonpublic schools. Act 2, signed into law this April, expanded the scholarship program statewide and is a key component of Louisiana Believes, the state's comprehensive plan to empower educators and parents to make the best choices for children.

The accountability system combines with rules regarding school operations released July 11 to form the "criteria for participation" the State Board of Elementary and Secondary Education (BESE) will consider Tuesday.

"Schools participating in the Scholarship Program know that student achievement is paramount, and all schools are accountable under this system," said White. "The system establishes a common bar for performance across our state and includes swift consequences when programs don't work for kids."

"We want and need to be accountable to parents and to the state," said Dr. Jan Daniel Lancaster, Superintendent of Catholic Schools, Archdiocese of New Orleans. "We look forward to continuing to work with the state to incorporate the accountability system for scholarship students enrolling in our New Orleans area Catholic schools."

"We applaud the Department of Education for taking these steps to provide greater levels of accountability for the statewide scholarship program and for working to ensure that parents have information to determine if their school of choice is providing a quality learning environment for their children," said Eric B. Lewis, Louisiana State Director for the Black Alliance for Educational Options (BAEO). "We look forward to working with the department and BESE to continue the development of tools that strengthen parents' ability to choose a quality school."

"We applaud Superintendent White and other elected officials for their commitment to making sure that this program works not just for participating families but for all Louisiana residents," said Kevin P. Chavous, a senior advisor to the American Federation for Children. "Greater accountability means better and more sustainable programs and, in turn, providing more opportunities to the children who need them most."

"LABI and the business community support the creation of this strong accountability policy for the Student Scholarships for Educational Excellence Program. LABI supports maximum school choice, but with choice comes responsibility, transparency, and consequences, and this policy includes all three of those important components. They will help us to create and expand quality educational opportunities for Louisiana students, and our entire state will benefit in the future from what we are doing today," said Dan Juneau, Louisiana Association of Business and Industry President.

"The challenge facing the Department of Education has been to create standards that facilitate a reasonable degree of oversight without unfairly limiting the options available to parents or unduly burdening private schools. These accountability provisions appear to successfully strike this delicate balance. This is further evidence that Louisiana continues to move in the right direction on K-12 education reform and great news for the thousands of families poised to benefit from school choice," said Kevin P. Kane, President, Pelican Institute for Public Policy.

Under the accountability system, all participating schools will be accountable for academic results. All schools will administer state assessments and will be subject to regular academic review. Schools with more than 10 students per grade, or more than 40 students in all tested grades, will not enroll new students if test scores are failing.

There are no traditional public schools with fewer than 40 students in Louisiana. Only 12 alternative schools for students who have been expelled have enrollments below 40 students. Traditional public schools must fail for four years before being placed in the Recovery School District. Charter schools must be failing after four years of operation in order to be closed. To measure schools' rates of success, the Department of Education will calculate a Scholarship Cohort Index (SCI), which will be similar to a public school's School Performance Score. The SCI will only measure the results of students participating in the program and will not measure the school's performance with students not in the Scholarship Program.

Starting with the 2012-2013 school year, SCIs will be released after the school year in which they are based. If a school receives an SCI below 50 (on a scale of 150) based on the second year of participation or any year after that, the school will not enroll additional scholarship recipients for the next school year. Students attending a participating school that receives a score below 50, in any year, will have priority admission to attend another participating school the following year. A minimum expected SCI of 50 is consistent with the new public school accountability system in which a School Performance Score of 50 is considered academically unacceptable.

Following four years of program participation, and in any period of four school years thereafter, if a participating school has scored below 50 for the majority of years in which it received an SCI, the school will not be able to enroll new scholarship recipients until it achieves a score above 50 and a satisfactory quality review by the Department of Education. This policy mirrors consequences allowed for public schools following four consecutive years of low performance.

Additionally, in all schools BESE and the Department will ensure that approved nonpublic schools maintain a quality curriculum as prescribed for similar public schools and periodically will conduct reviews to determine whether the nonpublic school is maintaining quality. If a participating school is found to have demonstrated gross or persisted lack of basic academic competence, the school may be declared ineligible to participate.

BESE will meet on Tuesday, July 24 at 11:00 a.m. to review and formally adopt the accountability system and criteria for nonpublic school participation in the Louisiana Scholarship Program. At its June meeting, the board approved rules regarding the growth of tuition for schools receiving scholarship funds.

Based on the accountability system, nonpublic school participation criteria, and BESE tuition rules, the Department of Education is finalizing student enrollment offers and maximum tuition amounts for participating schools. Students will be notified about the status of their scholarship awards this week.

Question: Are you satisfied with the criteria set out by the Department of Education and Superintendent White?  Comment below