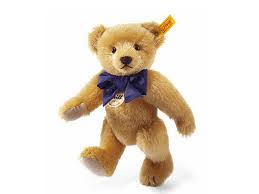 Didn’t your mom tell you not to talk like that?

Well, they say it was just one "duh."

But still, Just shows you the awful power of that sound. It only takes one!

At least, that is what Middleton admirer Diana Burton claims Kate said to her as she offered her the stuffed toy bear. Kate had just descended, goddess-like, from flying across the great sky in her whirring helicopter to the tiny village of Grimsby, where the masses came out to behold her. When questioned further by Diana, the bearer of the now Royal toy bear, Middleton claimed that she did not know the sex of her gestating fetus yet. When the village bear-holder scoffed at this, Kate was said to reply, "duhhhhhhh!"

So that’s what you pay all those thousands of pounds in St. Andrew’s tuition for!

Diana (no relation to Kate’s late mother-in-law) is certain that Middleton was about to say, "daughter."

Another Grimsby villager named Sandra Cook, standing nearby to bask in the aura of nouveau royaute, caught the slip and asked Kate, "Did you say ‘my daughter?’"

Sandra, being a loyal British subject, immediately blabbed to the Mail Online, saying, "The lady next to me gave [Kate] a teddy bear and I distinctly heard her say, ‘Thank you, I will take that for my d--’ …. then she stopped herself."

Oh man! Sandra must have been thisclose to Kate! Call out the guards!

Sandra then revealed that Kate, now well-cornered between inquisitive Grimsbyites and the stuffed bear, said, "No, we don’t know."

So Sandra, totally exercising her God-given right to be as nosy and confrontational as she wants to be, said to Kate Middleton, "Oh, I think you do!"

Wow! That is...cross-examination! That is...playing "Gotcha!" That is...so not us and them and knowing your place!

And instead of just pretending not to hear Diana or Sandra and saying, "Thank you for this beautiful stuffed bear, it is so charming and nice and I shall treasure it always," (as the Queen would surely have done if anyone not previously vetted by the Secret Service ever got close enough to hand her a stuffed bear), Sandra says that Middleton replied: "We’re not telling!"

Wow! If Sandra had been standing on the public roadway in the South of France in front of his vacation villa, Prince William might have hunted Sandra down and thrown her into prison, or sued her for hundreds of thousands of pounds if she was a paparazzi who was merely photographing a beautiful terrace when, all of a sudden, this naked brunette smoking a ciggie and displaying all her lady parts just came barrelling across and ruined a perfectly good snap. Even if Sandra was just an ink-stained wretch of a reporter who, gosh, took a note–poor her! But apparently, Sandra of Grimsby has been allowed to roam free, chatting to all about how she cornered and cross-examined the future mother of the heir apparent of the heir apparent of the heir apparent.

But honestly, Middleton’s "duh" is full of completely logical possibilities other than "daughter." To prove it, I have listed some of them here:

"I will take that teddy bear for my duh...darling future son."

"My duh...Doggie Lupo, who loves tearing up stuffed animals, especially beautiful handmade ones like this."

"My duh...dress designer. Do you like what I am wearing?"

"My duh...dentist, who has made my teeth blindingly and unnaturally white."

"My duh...dermatologist, who does my botox."

"My duh...distant cousin Katrina Darling who’s a stripper. Have you seen her nude photos in ‘Loaded’ magazine?’"

"My duh...demonic mother Carole, who has just worn herself out social climbing."

"My duh...drunken brother-in-law, Harry, who can give this stuffed bear to the blonde aristo he’s currently romancing."

More in this category: « JPAS's Nunset Boulevard Will Bowl You Over Headaches After New Orleans Saints Loss To San Francisco 49ers »
back to top