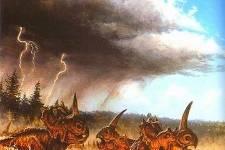 The news of the sudden “sea-change” in the future of the Times Picayune, going from paper to online, comes as a major surprise to many of us.

It does and somewhat contradictory, it should not.

What seems like decades ago, I organized and hosted an event called the Media and Internet.

The panelists were some of the top media officials in the city from newspaper to television to radio.

As the MC, I asked a question to the audience—how do you get your news?

Virtually everyone in the large crowd said the newspaper, television and the radio.    Nobody said the Internet.

At that time, I predicted openly that internet would be replacing the newspaper and then the other media.  I felt then and still feel now that the Internet would be the convergence of all media as we know it and would be more influential and ubiquitous than the product of Gutenberg’s printing press invention.

That was before the term “new media” was ever coined.

Today, with the heart-felt news that the Times Picayune, a major institution in New Orleans and Louisiana, would be essentially reduced to a shell with resources going to NOLA.com, it is obvious that the future--which many of us feared as many of us also embraced--is now here.

Which raises the question, what’s next for the other newspapers and media outlets in the state?

If the Times Picayune cuts back on its paper edition, what about the others?  The Advocate?  Newspapers owned by Gannet (USA Today) which populate the state?

It’s a simple question with an obvious answer.  With the advent of smart phones, IPads, nooks and other mobile devices, why take a paper with you when you go to work--unless you need a makeshift umbrella?

The newspaper is the dinosaur and Louisiana has a chance to evolve into a player nationally and internationally, despite this local tragedy.

With the Louisiana Digital Media Law.

Most people with whom I discuss this law have no idea it even exists.  Over ten years ago, I originated the idea and then personally urged city and state officials to create the same type of opportunities for the Internet that we established for the movie industry.

With tax credits, I felt we could fast-forward our position in the Digital Media industry as far and as fast as cinema was then doing for the state.  Within years, Louisiana became the 3rd largest film industry in the country.  Why shouldn’t we also speed into the digital media industry?

At that time, the lawmakers wanted to restrict the tax credits for video games which were becoming popular online.

Thankfully, over time, and due to the Jindal administration, the law has expanded and now there are more requests for digital media tax credits than movie tax-credits.

Now our young sons and daughters just might have a place with a future.

With the Digital Media Law, Louisiana now has a fighting chance to compete in the area of digital games, apps, software programs, educational programs and online media.

Louisiana now is just beginning to get into the digital media game as it relates to journalism, advertising and infrastructure, all necessary components to be competitive.

However, the fall of the Times Picayune paper should be our wakeup call.  From its ashes, the state and the private sector must apply more resources to compete in this industry.   We need more universities and schools devoting more time teaching our kids and our workforce the practicalities of digital media,   online journalism and its related technologies.

While there are major challenges from online kingpins such as Google who are creating their own media and advertising channels which could plow away much of the media as we know it today, as a state, we must get into the game like never before.

Google has the stroke and the infrastructure to set the rules of the online road and eliminate local media just as Walmart and Barnes and Nobles wiped out mom and pop USA.

When and should that occur, Louisiana, which now has only a few Louisiana-owned papers and media outlets will continue to take marching orders, jobs and opportunities from outside forces who would not know a pirogue from a canoe.

Hopefully, years from now, someone will ask the question—where do you get your news.

Just maybe the answer will be, from Louisiana.

What do you think will be the future of media in Louisiana?  Talk about it below using Facebook window...just login to Facebook above.