Obama, US Congress: What happened to my father's America 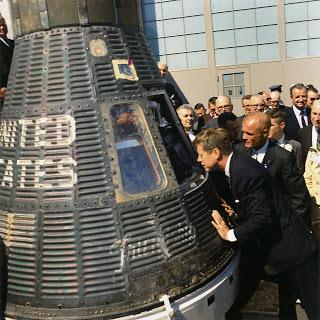 As Americans face a variety of problems around the globe: financial crisis in Europe, mounting debt here at home, tensions in Asia between China and its neighbors over remote islands, threats of war between North and South Korea, violence in Kashmir a troubled region between India and Pakistan, and Islamic violence throughout Africa, and uncontrolled violence in central America, we have to ask ourselves, What is our role in all of this?

Presently, we have a divided government that appears incapable of responding to even the simplest issues.  President Obama is not a President of ALL the people, but merely a faction.  He makes that clear with every speech and the realization is reflected in all the polls.  If you are wealthy or even upper middle class, he cares not for your interests. Golf, Hollywood, and vacations appear to be his main distractions.

The Congress is wholly dysfunctional as Republicans and Democrats continually scrap like children in a sandbox.  They can only agree to disagree.  Whatever happened to the “loyal opposition” that sought middle ground?  Or, has our politics degenerated to the point that the common man no longer seeks office, thus leaving positions open only to the extremes?

America no longer strives for greatness.  Under John Kennedy the quest for space became a uniting factor and a force for intellectual development.  Today, America has to hop rides on foreign spacecraft to travel to the International Space Station we constructed.  How has that happened?  America has no national goals, no great aspirations, and no quests for greatness.

All we seem to care about today is babysitting our population and satisfying every want they might have because they are “entitled” to it.   Why work when every comfort of live is provided by the nanny state?   Why struggle to succeed when the fruits of your efforts will be taken away to be re-distributed to those who do little?

I look at my daughter with embarrassment.  This is not the nation my father left me.  He bequeathed to me a strong country respected around the world and indebted to no one.  I leave to her a crippled nation begging for money from everyone to sustain an unsustainable system of largesse.  He left me a proud nation that stood for freedom.  I leave her a nation ridiculed by third world countries who demand more from us while insulting our national esteem.

We live in a troubled world.  If ever there was a time for a great democracy to light the way it is today.    America still has the resources and the human energy to achieve great things, but our leadership lacks the Arete’ to provide the needed national and international leadership.*

This opens the question…What is America’s future and how will our children live?

*Arete’= in its basic sense, means excellence of any kind,  In its earliest appearance in Greek, this notion of excellence was ultimately bound up with the notion of the fulfillment of purpose or function: the act of living up to one's full potential.

More in this category: « Sugar Bowl Deal Sours Image Of Louisiana Gold-Standard Ethics Can New Orleans Saints Eke Out Playoff Win vs. 49ers In San Francisco? »
back to top