Is Salt worsening our autoimmune diseases, hurting Louisiana, US citizens? 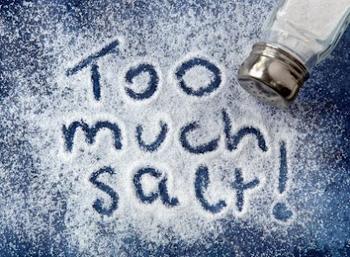 Too much sodium can be a very salty subject.

Especially when it comes to the matter of our health.
Residents of Louisiana are already suffering from the consequences of a high sodium diet on a daily basis, evidenced by the alarmingly high incidences of heart disease and hypertension. However, new research may also explain the state’s high rates of Type 1 diabetes and other autoimmune diseases.
High salt diets may be a major contributing factor for autoimmune diseases such as multiple sclerosis and rheumatoid arthritis, according to three studies published March 6 in Nature.
Autoimmune diseases occur when the immune system—the body’s natural defense against pathogens—attacks healthy tissue within the body instead. It is estimated that 23.5 million Americans suffer from some form of autoimmune disease, according to the U.S Department of Health and Human Services Offices on Women’s Health. Many scientists believe that a high sodium diet in fast foods and lifestyle changes may be contributing factors to this recent increase in autoimmune diseases among Americans.
“Humans were genetically selected for conditions in sub-Saharan Africa, where there was no salt,” explained Dr. David Hafler in an article for RedOrbit. Hafler is a professor of immunology at Yale University in New Haven, Connecticut, and senior author of one of the three research studies.
“Today, Western diets all have salt content and that has led to increase in hypertension and perhaps autoimmune disease as well.”
The first two studies, which included scientists from the Broad Institute in Boston, and researchers from Harvard Medical School and Brigham and Women’s Hospital in Boston, involved taking a closer look into how T helper 17 cell, a white blood cell associated with some autoimmune diseases, worked and developed.
“If you incrementally increase salt, you get generation after generation of these TH17 cells,” study co-author and immunologist at Brigham and Women’s Hospital in Boston Vijay Kuchroo explained in an article for CBS News.
The third study became the result of the research from the previous two studies. Mice were placed on a high salt diet, and their bodies soon began to overproduce TH17 cells. The mice eventually developed autoimmune encephalomyelitis, a severe form of multiple sclerosis.
Researchers stated that the development of autoimmune diseases is very complex, however, explaining that there are a number of environmental and genetic factors that predisposes a person to autoimmune diseases. This study is only the beginning of looking into the connection between salt and autoimmune diseases, and this link will require further research.
“It’s premature to say: You shouldn’t eat salt because you’ll get an autoimmune disease,” study author Aviv Regev from the Massachusetts Institute of Technology told The Raw Story.
“We’re putting forth an interesting hypothesis—a connection between salt and autoimmunity—that must now be tested through careful epidemiological studies in humans.”

Regardless, John O’Shea of the Intramural Research Program, National Institute of Arthritis and Musculoskeletal and Skin Diseases, stated in an editorial in Nature that this study could be the starting point to more investigations into the link between diet and autoimmune diseases.

“In doing so, it will be essential to conduct formal, controlled trials. Fortunately, the risks of limited dietary salt intake are not great so it is likely that several such trials will be starting soon. “