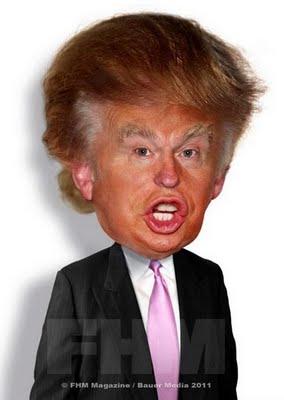 Rodney Pike is one person who is living testimony to the sudden lane-change that occurs-- especially due to the advent of modern communicative technologies.

Largely because of Internet’s reach, this fiftyish and quiet man now makes a living from his passion. In fact, Pike turns faces in ways unlike others and does it more memorably than most.

For those familiar with his name or his work, the faces he changes are fast-becoming one of the most recognizable and highly-popular flowing through today’s new media’s channels today.

In mid-life, Pike now spends his life in front of his computer sharing his creations with the rest of the world while handling assignments that tap into his wealth of creativity.

As a product of an online contest that launched this new career, his trade is creating artwork from photographs that satirically poke fun at the picture’s subjects.

His followers are many.  Try 1.3 million simply from Google Plus, alone.  Google’s social media is less than two years old, but Pike has amassed an eye-popping audience from this network whose members enjoy and then share his work.

His caricature subjects are of famous faces and of popular characters--from the likes of Mr. Bean to the likable President Bill Clinton.

While Pike also has an enormous following throughout the entire online world, it is Google Plus which is his home and artistic studio.

Although I have been enjoying his creatives for months as they appear on my Google stream, I actually just met him this week after suddenly discovering we are essentially neighbors. He resides roughly fifty to sixty-miles up the laboring Mississippi River from my New Orleans-suburb home.

As a result of my fascination with his talents, I invited him to participate in a Bayoubuzz.com hangout interview with me. To which  he agreed.  Before we started, he introduced me to another well-known “Google Plusser”, Tim Jones, a TV personality talent who makes commercials. Pike and Jones met one another a couple years ago and they regularly “hang-out” on Google. They share insights and laughs. They even enjoy a beer or two online while watching each other on their respective monitors as if they were in the same room.  Instead, they live hundreds of miles away from each other.

In many respects social Media, and especially Google Plus, has become the electronic “Cheers” of today.  Pike and Jones are one of the frequent visitors of the virtual-pubs, coffee shops and electronic town halls populating the Plus network.

Thanks to Google+, I have discovered two very talented characters who thrive on and who are, in turn, helping build the social media industry.  This medium has radically altered life’s course of many careers. Rodney Pike is one.  He now builds stunning caricatures of the famous--many of whom have impacted or changed our own lives in one way or another.

In sharing his creative and artistic talents in the digital world’s art studio,  Pike spreads laughter, good will and plenty of cheers as he faces a promising career in a world rapidly changing for all of us.

More in this category: « Merry Christmas Louisiana Property Owners, You're Getting Screwed Saints Drew Brees Deserve Props For Breaking Marino's Record, Not Doubts »
back to top