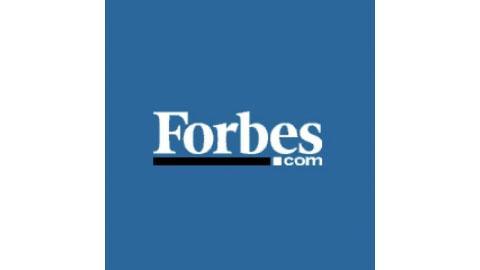 Although it is still weeks before the Louisiana Legislative session, opponents are lining up early against Governor Bobby Jindal's tax swap plan.

However, not everyone appears to oppose his major reform effort as it continues to receive good reviews from national publications including one major news-business publication with plenty of clout.

On Monday, a large group of religious leaders  expressed their collective opposition to the proposed plan.  A group sent out an email expressing their concerns for the increase of sales tax which they claim will hurt the poor.  Also, another organization which has opposed the governor on numerous fronts over the past year, the Louisiana Budget Project (LPB), again, express their own concerns.

In one of the largest outpourings of concern about a public policy by the Louisiana faith community in recent memory, hundreds of religious leaders from across the state have issued an open letter to Governor Bobby Jindal, opposing his proposal to increase the state sales tax by 47%.

The faith community's opposition is based principally on the regressive nature of Governor Jindal's proposal, which would increase the tax burden on low and moderate income families to pay for the elimination of personal and corporate income taxes.

"We serve in many different faith traditions, across a broad spectrum of people and communities in this State," the letter states. "As diverse as these traditions may be, we find unity around a few fundamental ethical principles: fairness, a concern for the least of these and an obligation to make our voices heard when matters of justice are at stake."

The letter points out that Louisiana already has the third-highest sales tax in the nation, which would jump to the highest in the nation if Governor Jindal's proposal becomes law. Sales taxes have a disproportionate burden on low and moderate income residents.

"We believe that any proposed law that would increase the tax burden on low- and moderate-income families in order to decrease it for wealthy families must be judged an unjust law," the letter states.

Even before the proposed changes, Louisiana has one of country's most regressive tax structures in the country, with middle-income and poor residents paying more than twice the rate in state and local taxes, over 10% of their income, as families with income of more than $1 million per year, who pay only 4.6% of their income in state and local taxes.

Although Governor Jindal released the details of his proposal only last Thursday, more than 250 members of the Louisiana clergy had signed the letter before its delivery on Monday morning. Signatories represent congregations in more than 70 cities and towns across Louisiana.

The religious leaders have set up a website, www.lafaithcommunity.com, where members of the clergy and other members of the faith community can view and sign the Open Letter.

Gov. Bobby Jindal’s plan to abolish Louisiana’s income taxes is based on a flawed economic analysis and is likely to hurt the state’s economy rather than boost it, according to a new report by the Louisiana Budget Project.

The governor and his allies often cite a report by the American Legislative Exchange Council, “Rich States, Poor States,”to support their theory that eliminating income taxes will spur economic growth. This report concludes that 62 percent of net U.S. job growth over the last decade occurred in the states with no income taxes. But the report fails to mention that just one of those states, Texas, accounted for 70 percent of that job growth, while remaining eight states experienced increases in unemployment.

The report also fails to mention that Texas’ performance is mostly due to factors unrelated to taxes, like its abundance of natural resources and geographic location along the trade-rich Mexican border.

States with income taxes that are higher than Louisiana’s perform better on several important economic and quality-of-life indicators than their no-income-tax counterparts. States with relatively high income taxes have greater median household incomes, higher household disposable incomes and more widespread health insurance coverage – none of which should be true if taxes were a primary factor in economic activity and well-being.

Instead of eliminating income taxes and levying the highest sales taxes in the nation, the task for Louisiana’s elected officials is to seek ways to raise revenues beyond current levels and invest in public services like education, health care, transportation and public safety. These investments have a far greater potential to build the state’s economy and improve prosperity and well-being than the proposed income tax breaks.

By lowering the penalty Louisiana currently extracts from workers, nearly 400,000 small businesses with fewer than five employees would get a clear economic signal from their Louisiana Department of Revenue. The more you produce, the more you can reinvest in a much friendlier business environment. If Washington, D.C., or Tea Party groups were looking for a game-changing state initiative, Baton Rouge just became fair tax headquarters.

Of course what comes next in their State Capitol is a boatload of special interest lobbyists, legislative conflicts, and legal hurdles. As this forward-thinking vision for revenue-generating policy enters the sausage grinder in the coming weeks, it will be vital for butchers and carpenters to understand this opportunity.

Most states have sales tax bases that miss two out of every three free throws. Two-thirds of all eligible transactions in state economies (services, exempt products) are not taxed. Some sales tax exemptions already provide relief to our most vulnerable citizens for good reason. However, over time, state sales tax codes usually are slapped with flagrant fouls from special interests. It is appropriate that governors like Jindal call a time-out for the ordinary taxpayer versus those with inside influence.

When consumers can choose how to balance their taxes through consumption, families have the power to make purchasing decisions that are better for their families.

When local governments begin to capture revenues from online sales, elected officials and city leaders will need to sort out how best to structure and deliver services, and how to do away with century-old tax loopholes.

How big is Jindal’s full court press for lower tax burdens? Big enough to make the Tax Foundation rescore Louisiana’s tax code ranking from 32nd to the top four across America if passed. If Jindal slam-dunks this tax reform to advance his state’s tax policy past recent legislative votes in Kansas, Missouri, and Oklahoma, his economic team could become the top seed in the fast-break run for jobs.