Is Louisiana's new healthcare crises a door for Jindal's privatizations 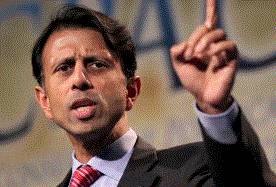 Those worried about the future of Southeast Louisiana Hospital in Mandeville might be less concerned about the possible residential development of the remaining 300 acres of the 1900-acre tract than its becoming yet another step in Gov. Piyush Jindal’s methodical march toward privatization.

The administration released a quiet announcement late last Friday that it would begin phasing out the 348-bed facility in October, in the process eliminating some 300 positions while terminating treatment for mental illness and depression in an area serving about a quarter-million residents.

In all, about 500 acres of the original tract still are owned by the state. The hospital facilities occupy about half of that area with the remainder currently under lease to the parish as a park.

An indication of the direction the administration plans to take with the facility might be determined by observing the comings and goings of one Alan Levine around the State Capitol and the Department of Health and Hospitals, according to a Tulane University psychiatrist.

Levine, of Tallahassee, Florida, was appointed secretary of the Department of Health and Human Services (DHH) in January of 2008 by then Gov.-elect Jindal only days before he took the oath of office for his first term. He resigned in August of 2010 and was immediately replaced by current DHH secretary Bruce Greenstein.

Levine, upon his resignation two years ago, returned to Florida where he serves as the Division 3 President of Health Management Associates. His responsibilities include the administration of for-profit hospitals in Florida, Georgia, Oklahoma, Kentucky and West Virginia.

Though he has no official responsibility for Louisiana hospitals, there have been reports that he has been frequenting the Louisiana Capitol and DHH recently.

Campaign finance reports show that he also made two contributions of $1,000 each to Jindal’s re-election campaign fund in February and July of last year.

Tulane psychiatrist Mordecai Potash believes that is no coincidence. And he does not believe the $651 million cut over two years in the state’s federal matching share of Medicaid (FMAP) funds was really the result of “some financial typo made by the federal government (in hurricane recovery fund allocations) that put Louisiana in a sudden pickle.”

The $651 million expands to $860 million when the state match is included.

Potash said he believes the sudden fiscal crisis “is part of a sustained campaign by specific politicians and for-profit healthcare companies to close down state hospitals and re-open some of them as privately-run, for-profit hospitals.”

He laid the blame for the loss of the $651 million at the feet of Jindal and Commissioner of Administration Paul Rainwater.

“All that needed to happen was for the Jindal administration to contact the Speaker of the House (John Boehner (R-Ohio) and confirm that they wanted the funding restored,” he said. “All that was required to restore the lost $651 million was minimal participation—simple tacit approval—from the Jindal administration. If that had happened, the cutbacks in LSU’s budget, the closure of Southeast Louisiana Hospital, and other cuts would not (have) happened.

“Their silence on this issue, despite implorations from Louisiana’s Democratic and Republican politicians alike, (was) deafening,” he said.

U.S. Sen. Mary Landrieu appeared to confirm Potash’s contention in a July 16 story in the Baton Rouge Advocate. In that story, she said her office pressed Jindal, through Rainwater and Louisiana’s Republican delegation in Congress, to intervene with the Republican House leadership.

Landrieu said she had 15 conversations with Rainwater—all to no avail.

Jindal, as has been his practice as governor, refused requests for interviews or to respond to questions about whether he ever attempted to contact Boehner or House Majority Leader Eric Cantor (R-VA.). Instead of a simple yes or no answer to that query, Jindal trotted out spokesman Kyle Plotkin to say that the administration was in contact with the Louisiana congressional delegation.

“Why wouldn’t the Jindal administration want money restored?” Potash asked. “Why not have more federal dollars sent to the state? Isn’t that what politicians are lauded for, bringing home the bacon from Washington?

“Well, if your priority project is the outsourcing of state healthcare resources from the public sector to private, for-profit, healthcare companies, then bringing home federal bacon would be the last thing you would want to do.

“Instead, you would want to promote or manufacture every healthcare funding crisis you could possibly find, whether it is a mid-year crisis, end-of-the-year crisis or Ides-of-March crisis. [A] crisis would give you license to close state facilities and outsource contracts to for-profit healthcare companies—especially those that you already have ties to and (which) already contribute money and resources to your political campaigns.”

Blue Cross/Blue Shield (BCBS) last Friday was named the winner of the contract to take over the administration of the Office of Group Benefit’s Preferred Provider Organization (PPO) and Health Maintenance Organization (HMO) at a cost of $37 million.

“A final motivating reason to privatize is that it shrinks the number of state workers, weakening the power of civil service advocates. The importance of this cannot be overstated,” he said. “Any opportunity to reduce the state rolls of civil service employees…enhances some politicians’ abilities to push legislation through.”

by Tom Aswell of LouisianaVoice.com