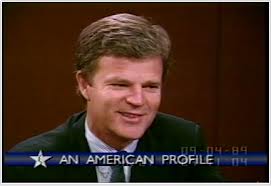 Louisiana has a history with tax reform.  Back in the late eighties a movement was underway in Louisiana for fiscal reform.

Simply put the effort was designed to shift Louisiana's tax burden from big business and industry to individual taxpayers and property owners especially homeowners.  The movement had support from virtually every so called good government organization and the news media.  Newspapers around the state wrote countless numbers of editorials in support of the plan.  Radio, television, and newspaper news stories were slanted in favor of the plan.  And it had the support of then Governor Buddy Roemer (R).  The legislature defeated the tax proposal mostly due to the dramatic increase in property taxes that it levied and a significant reduction in the amount of the homestead exemption.  A watered-down version that did not affect the homestead exemption was later passed by the legislature but defeated by voters statewide.

Fast forward to today.  Governor Bobby Jindal has proposed his own version of fiscal reform.  The governor's plan is to eliminate the state income tax and shift most of that burden on to the state sales tax through an increase in the current rate of 4% to 5.88% and the elimination of some current sales tax exemptions.  His plan is being roundly criticized, and the opposition is growing.

Major shifts or changes in public policy like this proposal create the real possibility that the plan will be dissected and picked apart by countless opponents.  Such cherry picking is dangerous for proponents because it allows the opposition to join forces with one another even though each group individually may have different reasons to be in opposition, but all of whom want the legislation defeated.

In numbers there is strength.  Individually these groups would have no stroke at the state capitol.  But when they join forces, they can become lethal.  And that is what is happening.

It will be a tall order for the legislature to adopt such a far reaching proposal as what Governor Jindal has laid out.  By the time legislators are beaten up by the editorial boards across the state, the special interests and lobbyists in Baton Rouge, and local officials, the governor's plan will be dramatically different from what is being talked about now.  How different it will be is anyone's guess.

Governor Jindal is talented at getting his way, and the legislative leadership will do everything it can to make sure he is not embarrassed at the outcome of any legislative vote.  Bobby Jindal passed financial disclosure for elected officials.  And although the plan that passed was considerably watered-down from the governor's original version, the plan did pass and now elected officials across the state must disclose annually their assets, liabilities, and incomes.  Passing such legislation was no easy task especially with local officials and legislators kicking and screaming along the way, but the governor did it.

Tax reform, however, may be different.  To avoid disaster Governor Jindal will have to be intimately involved with this legislation to the bitter end listening and addressing the concerns of lawmakers and the groups affected by his proposal.

Even a watered down version of his plan could be considered a victory for Bobby Jindal.  Asking for more than you think you can get but settling for less can be a winning strategy giving the governor most of what he really wants.  But at the end of the day Governor Jindal will have to pass what is considered to be landmark legislation in tax reform or the remaining two years of his term will be best named after that ice cream flavor called "Rocky Road."  Just ask Buddy Roemer.