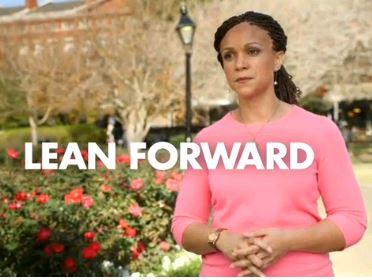 Yet, their liberalism is child’s play compared to the outright communist ideology being promoted by Tulane University Professor and weekend anchor Melissa Harry Perry.

In a 30-second commercial promoting the network, Professor Perry made a remarkable claim, “We have to break through our private idea that kids belong to their parents or kids belong to their families.” She called for “community” parenting and said that once we realize this supposed fact, it will allow for “better investments” in public education.

It takes tremendous time, energy, commitment and sacrifice to be a good parent in the type of decaying cultural environment that surrounds us today. A “community” cannot raise a child, it takes loving parents.

Liberals have been on the attack for decades, trying to destroy American institutions such as the nuclear family. What Perry is proposing is a frontal attack against the traditional family unit of a husband, wife and children. This type of traditional family structure worked well for our country and is one of the reasons why the United States of America was the preeminent super power of the last century.

With liberals in control of our universities, our media and our government, our country is in serious jeopardy. Perry and other socialists want to replace our nuclear family with the “collective.” If her scary hope ever becomes a reality, it can only lead to the ruination of our nation.

It is obvious that Perry is promoting this type of Marxism to her young “skulls full of mush” at Tulane University. It is amazing that parents will spend $60.000 per year and expose their children to this type of leftist rant in the classroom.

The network’s slogan is “forward,” which has been used for decades by radical European communist movements and periodicals. They dreamed of moving “forward” past capitalism toward communism.  With hosts like Melissa Harris Perry, MSNBC has the perfect partner as they try to push our nation toward collectivism.

Americans need to wake up and make sure these crazy dreams do not become our national nightmare.