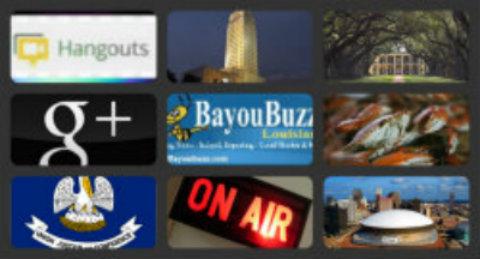 Now, a quick look at Louisiana politics for today:

Should there be a ban on using social media while operating a vehicle in Louisiana?

Yes says one Senate committee...The proposal by Sen. Dale Erdey, R-Livingston, was approved by the committee without objection. It moves to the full Senate for debate.

State Representative Vincent Pierre, D-Lafayette, has been elected, without opposition, to serve as Chairman of the Acadiana Legislative Delegation.  Representative Pierre will begin his term immediately.  The outgoing chair, Senator Jonathan Perry, did not seek reelection.

"Our constituents in the Acadiana area can have faith that their voice, concerns, and interest will be our priority as we move through this session.  I am humbled to accept this leadership role as Chairman of the Acadiana Delegation and look forward to working with fellow legislators in our twenty-two parish region," said Pierre.

Other officers elected to serve the Acadiana Legislative Delegation are, Vice Chairman District 26 State Senator Jonathan "J. P." Perry, R-Kaplan, and Secretary/Treasurer District 41 Representative Mickey Guillory, D-Eunice.  The Delegation was formed in 1979; it is composed of 35 Representatives and 11 Senators.

Is there a growing rift within the Louisiana Democratic Caucus on the income tax reform?  Yes, according to the Louisiana Republican Party.  Here is a email sent out by the GOP this morning.

There is a growing awkward rift in the Democratic Caucus.  A number of democratic legislators support the idea of tax reform and reducing income tax rates while the Democratic Caucus Chair, Rep. John Bel Edwards, appears to be trying to kill any and all tax reform efforts.  Rep. Edwards believes the tax code is not broken and not in need of reform, but clearly many of his colleagues disagree.


Rep. Edwards Is Opposed To Any Type Of Tax Reform:

Rep. John Bel Edwards: “We Should Not Even Begin To Discuss Dismantling Our Tax System, The Income Tax. We Just Shouldn't Have That Conversation.”  (Associated Press, 4/9/13)

·         Rep. Edwards Said A Democrat Bill To Rewrite The Tax Code And Lower Income Tax Rates Should Not Be Pursued. “The Legislature's black caucus had been floating an alternative tax rewrite plan to Jindal's, but it's unclear if the caucus will continue with that effort. Edwards said he doesn't think it needs to be pursued.” (Associated Press, 4/9/13)


But Many Democratic Legislators Are On Board With Tax Reform:

Rep. Katrina Jackson, D-Monroe, Is Pushing A Bill That Reduces Individual And Corporate Tax Rates. “Rep. Katrina Jackson, D-Monroe, has HB 609 that reduces individual income tax rates from 2 to 1.75 percent, from 4 to 3 percent and from 6 to 5 percent. HB 626 by Jackson reduces the corporate income tax by one percent and repeals the corporate franchise tax.” (American Press, 4/10/13)

Rep. Major Thibaut, D-New Roads: “We All Agree It Would Be Great To Get Rid Of Income Tax.” (Michelle Millhollon, “Governor may support phaseout to slow down process,” The Advocate, 4/8/13)

President Obama presented his budget today for 2014 which includes a tax on cigarettes of 94 cents.  The issue is particularly relevant to Louisiana as there is discussion to raise cigarette tax in the state due to budget issues.