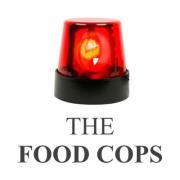 This week, New York Mayor Michael Bloomberg announced his latest plan to fight obesity: war on the “Big Gulp.” Bloomberg and his crew of health fanatics in the Big Apple will be restricting the right of consumers to purchase a soft drink over 16 ounces. Once again, liberal politicians are trying to dictate the behavior of average Americans.

Supposedly, this decision is all about “health.” Bloomberg is so worried about the obesity crisis that he is taking action. Yet, whenever liberals “take action” freedom loving Americans should worry.

Government actions never solve any crisis; it only makes a problem worse.

Adults in this country should have the right to purchase soft drinks of any size. They should be able to make decisions on what to consume and how much they want to weigh.

In fact, it is none of the government’s business, and Michael Bloomberg and company should get their hands off our “Big Gulp.” The nanny state is out of control in this country with more and more proposals being implemented that are designed to dictate to Americans how they can live.

According to Jeff Stier of the National Center for Public Policy Research, "Banning large size sodas has no basis in science, limits freedom, and leads us away from facing the real problem of obesity in a serious, fact-based manner….This gives ‘grasping at straws’ a whole new meaning.”

Bloomberg’s proposal will only upset many New Yorkers who no doubt do not appreciate this latest attempt to limit their freedom as consumers. The Mayor’s latest move follows his earlier proposals to ban food products containing too much salt.

Next on the liberal hit parade will be an effort to restrict menus at fast food restaurants. Already, the San Francisco Board of Supervisors voted to prevent McDonald’s from including free toys in their “Happy Meal.” According to San Francisco Supervisor Eric Mar, the decision was necessary because the city is “part of a movement that is moving forward an agenda of food justice.”

How is it justice to limit the options of consumers? How is it justice for the government to take away choice from Americans in a supposedly free country? Dayna Proud of McDonald’s noted that the company was “extremely disappointed” with the decision, which was “not what our customers want, nor is it something they asked for." Instead of seeking food justice or some type of liberal nirvana, it would be far better if politicians just listened to the people.

The people of New York did not ask for a ban on the “Big Gulp,” just as the people of San Francisco did not want the “Happy Meal” to be targeted. These decisions were made by liberal politicians, working with their ideological soul mates in bureaucracy and academia, to implement restrictions that are for the “good of the people.”

Liberals believe that people are too dumb to govern their own diets and need some type of food police to make these decisions for the unenlightened masses who like big drinks and fast food. This philosophy is typical of those who approve of a nanny state, which is on the road toward socialism and communism and the total control of people.

America was not founded on communism or the nanny state; it was founded by courageous patriots who were seeking freedom. It is very sad that our country continues to move away from the vision of our Founding Fathers toward an all-encompassing government mentality, which has failed repeatedly throughout human history.

Jeff Crouere is a native of New Orleans, LA and he is the host of a Louisiana based program, “Ringside Politics,” which airs at 7:30 p.m. Fri. and 10:00 p.m. Sun. on WLAE-TV 32, a PBS station, and 7 to 11 a.m. weekdays on WGSO 990 AM in New Orleans and the Northshore. For more information, visit his web site at www.ringsidepolitics.com. E-mail him at [email protected]

Should Bloomberg stick to Big Apples?

Weigh in below. Just login to Facebook or register above!

More in this category: « The Selling of the New Orleans Times-Picayune Wisconsin labors over Gov. Walker, public sector union election »
back to top