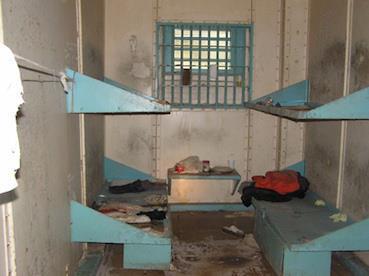 Is there something special about New Orleans? Of course there is.

The city that care forgot is unique in so many ways.  I could make a list that would go on for pages about the sui generis way of life that can only be found in the Crescent City.  Enumerations of a special way of living that is a combination of laid back Caribbean mixed with Creole French and a gumbo of immigrants dating back hundreds of years that have been a part of a distinct ambiance unequaled anywhere else in America.

Begin with Mardi Gras, king cakes, Jazz, marvelous restaurants, parades and festivals year round, the French Quarter, voodoo, crawfish, the Saints, cemeteries above ground. Then there is Hollywood south, Congo Square, Bourbon Street, perpetuating artists and writers, and a jolie vie that let’s even the most sober resident and visitor alike join in laissez les bons temps rouler.

Here you find the good life that attracts visitors and new residents from far and wide.  But there is a dark side.

In New Orleans there is a corruption and disintegration of the law that is beyond belief, and it seems to be growing.  New Orleans has, at both the state and federal levels, the worst criminal justice system in America.  Second place is not even close.

The city would be a tough place to protect even if there was a level of competence that one would expect from any similar municipality across the country.  New Orleans has the dubious distinction of having the highest murder rate per capita of any city in the U.S. and is vying for the top homicide rating in the world. Last year, New Orleans had an incredible 72.8 murders per 100,000, which is ten times higher than the national average.  To give comparisons from other cities, New York’s rate is three per 100,000, Houston is 12.9, Los Angeles is 9.2 and Atlanta is 17.2. So the Crescent City is a tough place to keep law and order.  To make matters worse, those who are supposed to keep law and order in New Orleans only exacerbate the problem.

The notorious Danzinger Bridge scandals, where a number of New Orleans police officers have been convicted of killing unarmed locals and covering up the crimes just after hurricane Katina, continue to haunt the city. The storm took place almost eight years ago, and nonetheless, a number of the prosecutions remain delayed in federal court.  The adage that justice delayed is justice denied finds little favor in New Orleans.

Just last week, the Times Picayune blared headlines that the city runs the worst prison in the nation.  The sheriff, who oversees the jail, has come under fire for allowing prisoners to literally run wild.  The paper wrote of a city jail that is “an irredeemable, understaffed and underfunded cesspool of inmate violence, rape and suicide, unsanitary conditions and deputy corruption.”  Assaults by prisoners are a twice a day occurrence, there is a stabbing on average every 11 days, and a suicide every two months.

Videos were played last week in federal court showing inmates drinking beer, using drugs, shooting heroin, laying down money on dice games, and brandishing a loaded pistol.  That’s right.  All this while in jail.  Another video shows inmates who had snuck out of prison and were frolicking on Bourbon Street.  You can’t make this stuff up.

So when justice is horribly out of control, one would expect the feds to come riding in on a white horse to take over, begin an investigation and save the day.  That pretty scenario is only pipedream in New Orleans.  Here is what The Morning Advocate, the city’s new newspaper, wrote recently.  “In the U.S. Attorney’s office in New Orleans, things are spinning out of control like a Shakespearian tragedy pulling more and more people into a spiral of doom.”

The U.S.  Attorney, along with several of his assistants, resigned in disgrace, as a federal judge issued a scathing 50 page order alleging criminal misconduct by former prosecutors who the judge said testified “falsely” in his court room.  The judge ordered a full investigation to be completed in 30 days, but that was months ago and the Justice Department continues to drag its feet.  Some see a whitewash taking place. Morning Advocate columnist Dennis Persica lamented: “The spiral of doom (in the U.S. Attorney’s office) has still not ended…..and the wreckage and devastation left in this legal cyclone is mind-boggling.”  So much for thinking the feds would or could clean up the mess.  As the Wall Street Journal editorialized recently:  “Something is very rotten at the Department of Justice.”

Fox News rankled local civic leaders last week by referring to New Orleans as “The Big Sleazy.”  Bill O’Reilly elaborated by saying: “It is a corrupt city and always has been. Why can’t it improve? Why doesn’t it get better?”

Good question Bill.  But to solve a problem, you first have to recognize that the problem exists.  I don’t think, as many say, that the city is in denial.  It’s more a despair that there is little hope for change.  The uniqueness of the American government is the system of checks and balances.  The criminal justice system, when working properly, keeps the pulse of equity thought out the government process.  And it works pretty well — that is, until there is a meltdown of those who are supposed to defend and protect.

New Orleans is certainly in a meltdown.  And many of those charged with enforcing the law have become maleficent, or law breakers themselves.  It’s time for the city that care forgot to start caring.  It’s time for house cleaning in the Crescent City.  It’s time for a major changing of the guard in The Big Easy.

“In New Orleans, The past doesn’t pass away so quickly here.

You could be dead for a long time”

Jim Brown’s syndicated column appears each week in numerous newspapers throughout the nation and on websites worldwide.  You can read all his past columns and see continuing updates athttp://www.jimbrownusa.com.  You can also hear Jim’s nationally syndicated radio show each Sunday morning from 9 am till 11:00 am, central time, on the Genesis Radio Network, with a live stream athttp://www.jimbrownusa.com.