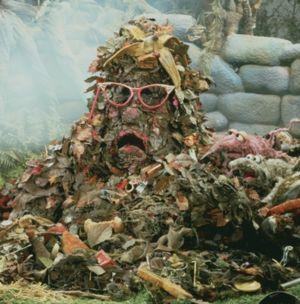 One positive aspect of being around a long time is seeing lots of folks whack at the piñata of reform with varying degrees of success. I, too, have taken my swings at the paper mâche donkey and occasionally saw the candy hit the ground.

Tax reform is arguably the toughest genre of reform to achieve. Why? Because everyone is impacted by the tax code, and everyone becomes a stakeholder in the process. In most other areas of reform, fewer people care about what is happening. That isn’t the case when government at any level starts to dictate what taxpayers can keep and what they must render to Caesar.

Governor Jindal pulled down his tax swap plan when he gave his opening address to the Legislature on April 8. Though some may have been surprised by that announcement, most informed observers knew the governor’s proposal was D.O.A. and respected his decision to strike his colors. There was no logic for pushing forward with a plan that stood no chance in moving through the legislative process.

While Governor Jindal pitched his plan as being a removal of all income taxes on the books--personal and corporate--there was no doubt that the abolition of the personal income tax was his true goal and everything else was expendable. That fact became obvious when the administration revealed that the business community would be hit with a $500 million net tax increase, a low-ball estimate according to several reputable economists, in order to make the original plan work. The true objective of removing the personal income tax was exposed to a greater degree when Team Jindal narrowed its focus only to the personal income tax after the governor’s speech to the Legislature and confirmed that they were no longer bound by a revenue neutral approach.

As previously noted, I have been involved in many big reform efforts during the last 40 years including many fiscal reform battles. I have gained some trial-by-fire knowledge and conventional wisdom along the way. I would like to share some of that with the elected officials who will contemplate a tax reform agenda now or in the future.

1. Do not attempt tax reform in times of uncertain revenues or budget crises. Tax reform is best done when budget surpluses are occurring and revenues are on a sustained growth curve. A high degree of revenue certainty makes taxpayers and government service recipients more tolerant of experiments with the tax code. That is certainly not the case at the moment.

2. Before embarking on a tax reform mission, gather hard, verifiable data about the current tax system and any variants that may be proposed. Share that information with potential proponents and opponents of the reforms. Be totally transparent and honest about the numbers at every step of the process. Answer every question with the best information available. Be prepared to defend every data point before embarking on the process.

3. Pitch a big tent and bring every potential stakeholder inside of it early on in the process. If the meetings get heated, so much the better. Let everyone have input and let everyone, not just a select few, have an opportunity to shape the proposal. Total consensus in the end may be impossible, but letting all parties play in the process will increase the odds for success.

4. Do not rush the process. Develop a well-constructed proposal and spend the amount of time necessary selling it to what will likely be a skeptical public. Take constructive criticism and modify the proposal according to that input.

5. Get as many stakeholders as possible to literally sign on to the proposal. Show broad-based support and use that support network to sell the plan.

Several of those steps were missing in the governor’s original proposal. There probably isn’t time to accomplish the process in the next few weeks for a plan that phases out the personal income tax but does not fully address the revenue loss that accompanies it. There is an art to reform, particularly tax reform. That art had been absent thus far in the current process.

by Dan Juneau, President and CEO of Louisiana Association of Business and Industry (LABI)