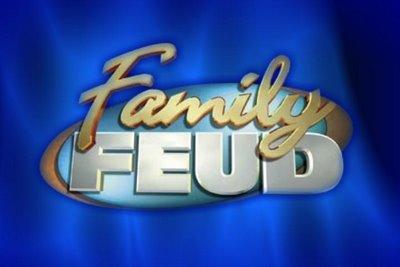 Gov. Bobby Jindal is five-for-five in an area where he gets no points for perfection.

During each of his five years in office, Jindal has produced a budget that overestimated how much money his administration would get to spend. The result? Mid-year cuts that have, among other things, reduced spending on classroom equipment at universities and for programs that assist battered women, the disabled and poor children.

Jindal administration officials blame the cuts on factors outside of their control – such as the economy producing lower-than-expected tax receipts — but promise to get it right in the fiscal 2014 budget now before the Legislature.

The Fiscal Hawks have their doubts. A group of conservative House members critical of Jindal’s spending practices, they blame the annual mid-year cuts on the governor’s steady use of gimmicks to balance his budgets — in particular, one-time and contingent funding. .

And the practice hasn’t stopped.

“You know its numbers will be off. But you don’t want one side or the other to be gaming the numbers.” — Greg Albrecht, Legislative Fiscal Office economist The Hawks note that the upcoming 2014 budget funds state colleges and universities in part by using $449 million available next year only – i.e., one-time funding. Contingent funding from a non-repeatable financial transaction, such as the sale of state property, also makes up part of the $449 million. To cite one example, the Jindal administration is expecting to sell a state insurance building in 2014 that it also expected to sell in 2013.

“The problem is that some of that may not materialize,” said state Rep. Lance Harris, R-Alexandria, who leads the House Republican Caucus. “If it doesn’t, you have to cut.”

The full story of Jindal-era mid-year budget cuts  is more nuanced, said Louisiana’s most important economist. Jim Richardson is a veteran Louisiana State University economics professor who is the only non-partisan member of the Revenue Estimating Conference. The group determines officially how much money the state can expect to have available in the coming fiscal year, placing it at the heart of the budgeting process.

Richardson said that the conference’s overly optimistic revenue forecasts have played a major role in the Jindal budget problems. He also said that the Jindal administration, in its zeal to not raise taxes, has been overly reliant on one-time money to balance its budget.

“Using one-time money for one year is not bad policy,” said Richardson. “It’s not good when it has to be there every year.”

He noted that the Jindal administration is proposing to have one-time and contingent funds pay for 19 percent of the spending on colleges and universities in the budget now before the Legislature.

“That will have to be replaced next year either by other one-time money or a real growth in state revenue that we haven’t seen before,” Richardson said.

The Revenue Estimating Conference was created in 1987 by the Legislature and Gov. Edwin Edwards following sharp criticism that Edwards had used fantasy figures during the Oil Bust years to project balanced budgets that ended up deeply in the red.

“The conference’s purpose is not accuracy in projections,” said Greg Albrecht, the chief economist at the state Legislative Fiscal Office. “Its purpose is to ensure honest errors. You know its numbers will be off. But you don’t want one side or the other to be gaming the numbers.”

The conference has four members: Richardson, the speaker of the House, the president of the Senate and the governor, who typically designates the Commissioner of Administration to represent the administration. They meet at least four times a year to assess spending and income projections for the state — with one set of  numbers supplied by  the Legislative Fiscal Office and the other by the Division of Administration — and then determine unanimously the amount available for the state. If spending is outpacing income by mid-year, the administration must make cuts. The conference will meet next in late April or early May.

As Richardson readily admits, the conference has over-estimated state income during Jindal’s five years. But no one can fairly claim that this has been done to hurt the governor since the Commissioner of Administration works for him and the House speaker and Senate president are his political allies.

“In an $8 billion or $9 billion state [general fund] budget, you’ll be off one way or the other by $100 million,” Richardson said, before adding, “It is a lot of money, of course.”

While the Revenue Estimating Conference estimates how much the state has to spend, the governor can exceed that amount by projecting that the higher spending will be balanced by sufficient income. In recent years, the Jindal administration has justified higher spending in part by using the one-time and contingent money. Louisiana’s constitution requires that expected expenses not exceed expected revenues for the fiscal year.

For fiscal year 2013, which ends on June 30, the Jindal administration must make up a deficit now pegged at $88 million.

Michael DiResto, a spokesman for the Division of Administration, said in an email that “there is no ‘gap’ because we fully anticipate receiving all of these funds before the end of the fiscal year.”

Of the $88 million, DiResto said $56 million would come from an insurance settlement for property damaged by a hurricane, with the money expected to arrive by the second week in May.

Of the remaining $32 million, DiResto said, $1 million will be taken from a fund dedicated to a specific purpose, $10 million from a FEMA reimbursement, $11 million from the Louisiana Housing Finance Agency and $10 million from an advance lease payment from a private company to run one of LSU’s hospitals. He did not identify the dedicated fund or the hospital.

The Legislature is holding committee hearings to examine the Jindal administration’s $24.7 billion state operating budget for fiscal year 2014. The Fiscal Hawks – whose formal name is the Budget Reform Campaign – have used the hearings to warn that some of the $449 million in one-time and contingent money won’t materialize.

State Rep. Brett Geymann, R-Lake Charles, who leads the Fiscal Hawks, said that the state Constitution prohibits the use of one-time money on annual expenses. In his view, the state can use one-time money only for one-time expenditures, such as paving a road, not for paying university professors or treating indigent hospital patients, as the Jindal administration has done.

Two Fiscal Hawks — state Rep. Kirk Talbot, R-River Ridge, and state Rep. Cameron Henry, R-Metairie — have filed a lawsuit alleging that the Jindal administration’s current budget violates the constitution because of its reliance on one-time money. They have amended the original lawsuit to try to prevent the Jindal administration from doing so again with the 2014 budget.

The Fiscal Hawks are pushing several measures this legislative session that aim to make the budget writing process more transparent. They also seek to end the custom of pushing the budget approval process into the chaotic final hours of the legislative session. Whether the Senate or the Jindal administration will support these measures remains unclear.

In the meantime, Kristy Nichols, the commissioner of administration whose office produces the governor’s budget, expects it to remain balanced throughout the 2014 fiscal year.

“We have every confidence that [sufficient funding] will be available,” she said in a written statement. “We have done the hard work of reducing the size and cost of government, but we don’t think it makes sense to make deep cuts to higher education and healthcare that are unnecessary when these dollars are available.”

The final part of Nichols’ statement refers to fears that knocking out the one-time money from the proposed budget will force cuts in spending for higher education and health care, which appears to be why the Jindal administration has directed the one-time funds to those areas.

ABOUT TYLER BRIDGESMore from this author

This story was reported by The Lens, an independent, nonprofit newsroom serving New Orleans.

More in this category: « Saints' Brees Could Have Field Day Against Worst Secondary Vikings Rick Perry, Jindal To Tweet GOP Campaign Road: Book It »
back to top