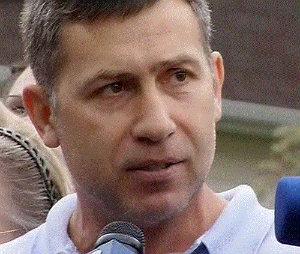 “Somebody radicalized them, but it wasn’t my brother”

“What I think was behind it: Being losers”

The words from an incredible interview with the uncle of the two suspects of the Boston Marathon bombing.

Incredible, but also troubling for many reasons.

The uncle, Ruslan Tsarni talked with reporters from Montgomery Village, Md.  disassociates himself from his nephews, says he is embarrassed, appears to call them losers and says he has not seen them for years.

From the interview, Tsarni has found success in this country and expresses his love and devotion for America.

He has won but his brothers' family did not.  Which duality just might underscore the tensions underlying another drama unfolding on the world political stage and upon our nation's capitol today--the future of immigration reform.

to date, most of the opposition to the compromise reform legislation headed by Cuban-nationality Republican U.S. Senator Marco Rubio of Florida, has been against the Hispanic community.  They are the faces behind the growth and social costs of the "despised" illegal immigration.

Today, however, the immigration issue is not just Hispanic.  The young men accused of the horrific Boston disaster, the city symbolic of American patriotism are Chechen.  Their family are from Chechnya.

So, how will this revelation of immigrants inflicting terror upon us play out  on a matter before Congress today?

Here is a quote from a poster on Google+, whose expressions of anger and hate could resonate especially due to the Boston Massacre and due to decades of middle eastern terror.

Hopefully these words reflecting a xenophobic attitude could be from a mere minority of Americans and only as an emotional response from this week's tragic events. It might, however, be indicative of just how the Boston bombing could massacre the present and future hopes of millions wanting to be winners in a land born of huddled masses and immigrants.

Does the incident this week impact your views on immigration reform?  Talk about the issue below: