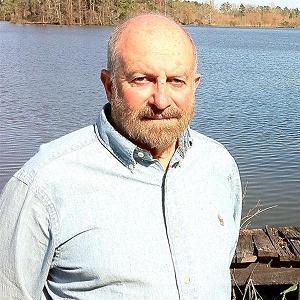 Yep. At least, according to that acerbic, gruff blogmaster himself, some pretty big political heavy-weights say he is. Forgotston, an attorney, claims he's not. After all, those are fighting words, or perhaps suing words for some down here in the U.S. Redlands.

Those heavy-weights? None other than leaders of the Louisiana Republican Party. The same guys who have been known to support their leader who resides in the mansion--for whatever, whenever, and for whatever it takes.

Forgotston, in a blog post Monday, also claims he has also been called some other mean names by this group. Some are calling this high-level political dialogue as the first shot of the Louisiana conservative civil war.

Well, so, much for the introduction, now here's C.B. in classic "Forgotston speak".

"This is an open letter to the leadership of the LA Republican Party.

Since you began your whisper campaign which you escalated this week into a very public personal attack on me, I’ve heard from a lot of citizens from across the state, especially from people registered as Republicans.

As a result, I feel the need to own up to my shortcomings and make an observation. .

As you know I am not a member of your party or any other political party. The reason I am not a Republican will be evident shortly.

Your allegations about me are addressed, individually.

Allegation 1: You said that I was “nutty.” Yes, as you know, I have a history of mental illness in my family.

Allegation 2: You said that I was a “drunk.” I do drink socially and have on some occasions drunk to excess. My good friend of almost 40s years who is in recovery wrote that he “knows drunks” and that I “am not drunk.”

However, to you who abhor any form of alcoholic beverages I understand that you believe that anyone who takes a drink is a drunk.

Allegation 3: You said that I was a “liar.” I’m no George Washington, I have not always been completely forthcoming. As you sit in judgment of me, you must abhor people like me.

Allegation 4: You say that I’m a “liberal.” That will take a little longer to explain especially to “conservatives.”

In the last 5 years:

a) You supported increasing the state spending “cap.” I opposed it.

b) You supported spending state tax dollars on NGOs and for other purely local “pork barrel” projects in order to buy votes of the leges. I opposed all of it.

c) You have not supported any spending reforms. I have.

d) You have not called for any cuts to the state budget. I have.

e) You have supported increased taxes in the form of higher college tuition as well as other increases under the guise of “fees.” I opposed them.

f) Currently, you support a $1 Billion tax increase on businesses. I oppose it. Just a note; I was joined in opposition by the LA House Republican Delegation.

Based on your positions as conservatives and because I did the opposite of you; I obviously am a liberal.

Hi-jacking of the GOP

Based on the feedback from Republicans from across the state as well as the positions you have taken on issues before the legislature, I have concluded that you must have hi-jacked the Louisiana Republican Party and are using it to further your own agenda.

Now, that I have admitted to being a nutty, lying, liberal, drunk, I feel much better. At least you didn’t say that I haven’t been good to my mother.