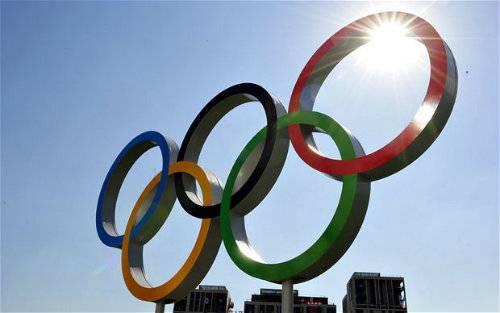 For seven years, the people of London has been preparing for the Olympics. The city has been scrubbed clean and new facilities were constructed for the big event. City leaders have been very proud of the massive effort that it took to stage the Olympics.

Unfortunately, there have been a number of real problems such as a lack of security personnel and hundreds of empty seats at numerous events. The embarrassing footage has forced organizers to fill in seats with members of the British military.

When Mitt Romney called the problems “disconcerting,” he was savagely criticized in the British and American press. However, CNN’s Piers Morgan, a native of Guildford, Surrey, England, defended Romney and said the criticisms were entirely justified.

It seems many in Britain are a bit too sensitive about any type of criticism of the Olympic Games. Nonetheless, for any type of massive event there are bound to be problems and critics, who were all over the Internet after the opening ceremonies, produced by liberal filmmaker Danny Boyle. One conservative British lawmaker, Aidan Burley, blasted the opening ceremonies as “leftie multicultural crap.” Immediately, Burley was criticized by his fellow conservative lawmakers who were incensed about his comments. Yet, Burley was making a solid point about a production which featured a depressing defense of some British socialist policies such as the healthcare system.

The Brits are not the only ones who are unable to withstand Olympic criticism. NBC officials complained after a British journalist based in Los Angeles ridiculed the network’s tape delayed coverage of the Olympic Games on his Twitter account. NBC officials convinced Twitter to suspend the online account of journalist Guy Adams, who is a corresponded for The Independent.

This move showed how a popular website can still be intimidated by an old school media powerhouse. The rationale for the suspension was that Adams posted the email address for a NBC executive; though, this information was readily available to anyone with access to a simple Google search.

The sensitivity also extends to Olympic officials who have booted two athletes from the Games for controversial comments on Twitter. A Greek triple jumper and a Swiss soccer player were sent packing from the competition for tweets that were deemed racist.

Both athletes made unfortunate comments; however, they should not have been removed from the Olympic Games for making a mistake. The organizers displayed the hyper sensitivity which seems to permeate all aspects of these Games from the opening ceremonies to the network coverage.

No event, not even the Olympic Games, is perfectly planned or executed. Problems must be addressed so future organizers can learn from this experience. It serves no constructive purpose to sweep these issues under the rug.

As far as the stars of the show, the 10,800 athletes, the vast majority are fine representatives of their countries. The athletic competitions not only bring nations together in healthy contests, but also foster better international relations. If some athletes make unfortunate or racist comments, it should be highlighted as an opportunity for education and not censorship.

What we have witnessed in the past few days are some unfortunate and heavy handed decisions by individuals trying to sanitize an imperfect event. Their actions have not served the long term goal of the Olympics, which should be to strive for improvement with each one of the Games.  Sadly, some are trying to enforce perfection, which just creates more problems, for “the perfect is the enemy of the good.”

Do you think NBC and the Olympic committee are being hyper-sensitive over these issues?  Talk about it below