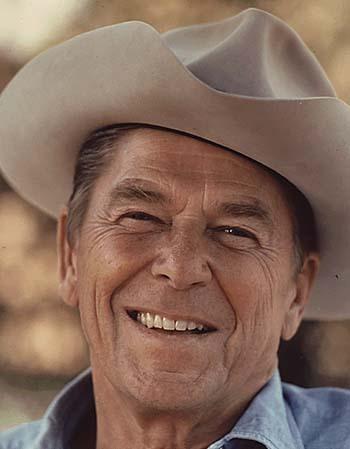 Under a clear sky and in front of 10,000 people, all of the living members of the most exclusive club in the world gathered yesterday in Dallas for the dedication of the George W. Bush presidential library.

It was supposed to be a non-partisan and respectful gathering of former Presidents. Instead, politics were front and center in the remarks of the Democrats given the opportunity to speak.

Former President Jimmy Carter used his time to tout George W. Bush’s aid to the Sudan and effort to combat AIDS. While significant accomplishments and lifesaving, these initiatives were relatively minor events in the Bush presidency. Carter said nothing about the honoree’s role in the war on terror or his leadership of the country during a very perilous period in our nation’s history.

Bill Clinton used his time to make irrelevant remarks, crack jokes, and remind the audience how close he was to the family. It revealed much more about Slick Willy than George W. Bush. For example, only a man who lied about a relationship with a White House intern could turn presidential library comments into a discussion about naked bathroom paintings.

While Clinton was inappropriate, yet harmless, in his speech, President Obama was utterly political and insulting to his host. He used part of his speech to push for immigration reform. At a library dedication, a speaker is not supposed to take advantage of the opportunity to tout his personal agenda. Nonetheless, the incident is a reminder of what type of President the country now has in the White House. For Obama, his role as President is to campaign, not govern, and to engage in politics, not show leadership.

It took the Bush family to restore some dignity to the proceedings. George H. W. Bush is in failing health and only spoke for 24 seconds. If he had been able to give a more complete address, it would have surely been marked by class and grace. The honoree, George W. Bush, displayed humility by speaking of what an honor it was to serve as President.

Overall, the gathering was a very sad reflection on the choices of the American people over the past few decades. Missing at the gathering was President Ronald Reagan, who passed away in 2004. Compared to the men gathered in Dallas, Reagan was a giant, a consequential figure who changed the nation and the world.

By contrast, Carter showed once again why he is a small, little man who is a dangerous liberal and a failure as President and ex-President. The damage he inflicted on the country did not end with his term. He was employed as an envoy by President Clinton and was completely deceived by the North Koreans, who promised him that they did not have a nuclear weapons program.

Clinton once again displayed arrogance and utter self-absorption. Obama made his remarks political, using an inappropriate occasion to promote his agenda. While Bush Sr. and Bush Jr. have endearing humility and basic dignity, neither was a successful President.
The senior Bush used a “peace dividend” to start the dismantling of our military, while famously turning back from his commitment not to raise taxes.

George W. Bush was successful in cutting taxes, but engaged in reckless spending, created a massive new government bureaucracy, passed an expensive new entitlement program, and turned a surplus into a $468 billion deficit. While displaying resolve in conducting the war on terror, his handling of the wars in Iraq and Afghanistan left much to be desired. Today, Iraq is struggling and Afghanistan is a total disaster.

Reagan is the model presidency for the nation. He displayed leadership both at home and abroad. He passed historic tax cuts, reignited the economy, created 22 million jobs and ushered in 20 years of economic growth. He restored pride in our country after the disaster of Watergate and the Carter presidency and rebuilt a crumbling military. His defiance in the face of the communist threat helped end the 70 years of the evil empire and he literally brought down the Iron Curtain without firing a shot. Thanks to Reagan, we have a missile defense program that may save this country from an attack by a rogue tyrant in North Korea or Iran.

It is no surprise that recent polls have ranked Reagan as the best President of all time and, if he were on the ballot today, he would defeat Obama in a landslide.

The Bush library dedication showed us once again where we have gone wrong as a country and what we are missing.

More in this category: « Poll: Change Needed In Louisiana Public Education Louisiana Poll: Jindal Gets Highest Favorables, But Mixed Results »
back to top