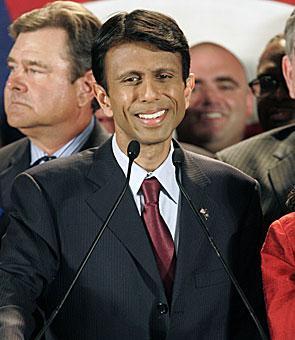 Governor Bobby Jindal’s “gold standard” ethics reform is on life support with the latest revelations of the thousands of communications between former Secretary of the Department of Health and Hospitals (DHH), Bruce Greenstein and his former boss CNSI.

Those communications apparently helped the healthcare company, CNSI, obtain a place at the contractual table while kicking away the chairs of CNSI’s  competitors. Now, the  contract has been terminated by the Jindal administration alleging some type of improper-dealing.

It appears, at least to me, that Greenstein, at best, misled the Louisiana legislature during his confirmation hearing or at worse, lied.

Last month, when the Advocate reported that the DHH-CNSI contract was under federal investigation, Jindal’s current chief of staff, Paul Rainwater, announced that the administration still had faith in Bruce.

However, roughly a week later, the Jindal administration abruptly announced that Greenstein had resigned.  According to the administration, he was not fired.  That admission raised the question—especially for an administration that claims “zero tolerance” for ethical improprieties, why not?  Why did the Secretary quit and not instead get canned?

Yet, since the scandal broke, many questions have been asked why the Jindal administration did not initially investigate the letting of the contract with CNSI and Greenstein’s relationship with that company.

Many are especially curious why a couple of years ago, the Jindal administration continued to push the Louisiana legislature to approve Greenstein’s appointment--despite clear evidence that Greenstein had a story to tell which he did not want to tell.  A blind man could see that something was wrong.

All of these questions now raise the stunning specter that thar’s fools’ gold in Jindal ethics hills and that the public has been the fool.

Looking back, five years ago, the state was abuzz with anticipation that the rapid-talking new Governor-elect  would follow through on his commitments to reform governmental ethics.

However, after the special session on ethics reform ended, the major complaint by many was the Jindal administration excluded itself from these new ethics mandates and transparency scrutinies.

Which absence appeared quite odd.  After all, the newly-elected Chief Executive’s  main gubernatorial-campaign plank in 2007 was to scrub the governmental floors of foul ethical discharge.  Jindal’s favorite mantra those days was Louisiana should be a  state where  “whom you know is not as important as what you know”.

Interestingly, what we now know is that CNSI had no experience handling the type of services for which it bid upon but courtesy of Greenstein, that prohibition became a dead letter.

What we do know is the type of ethics reform that Governor Jindal preached affected legislative and other governmental agencies, but surely not administrative ethics.
At the bottom of this page is a video I took of Governor Jindal during the first transition period.  On that day, the promising soon-to-be head of state promised a clean ethics slate.  He discussed the main planks of his ethics reform package.  Watch closely.  His concern was “them”, meaning the other government officials, not "us", his own administration.

While the governor ethics achievements have gotten praise, especially from friendly-national media types and from the administration itself, we now know there is major fatal flaw now appearing in his reform-gold-medal that is beginning to tarnish the ethical standards into heavy lead.

Perhaps it is now time for the governor to show by example that ethics is important for everyone including his own staff.  Time is running out for his administration.  He only has two years left in office.  Any attempt on his part to initiate and pass a really strict “administration ethics reform package” will likely impact only those taking over the 4th floor and the governor’s mansion.  Nonetheless, any efforts on his part to redeem his promise of a clean state  where campaign contributions and relationships are meaningless, would be a belated effort, but much appreciated.

The complaints are numerous and have been made often by of his staunchest allies that transparencies and Jindal administration are oxymorons.  Yet, now would be the time to show us that he means what he has says.   Every act to the contrary will only add to the growing narrative that his office is ethics-exception, surely not ethics exceptional.

Had the governor been serious about reforming governmental ethics in his own administration, just maybe this ugly DHH-CNSI scandal would not have ever existed.

But, it does exist and growing "curiouser" by the moment.  And now, Governor Jindal will own a growing legacy of administering over one of the foulest and largest governmental contractual messes that has ever existed in the history of Louisiana.

And now we can all just speculate how the Governor could have prevented this from occurring had he installed the same standards upon his own staff he imposed upon everyone else.

Unfortunately, what we now know is this: in the Jindal administration, it has been whom you know and not what you know, from the get-go.  This is clear and most transparent.

Then, we all should have known better.  When facts emerged that his campaign broke ethics laws, he failed to own up to the error.  Back then, the kool aid was cool and plentiful for all to drink.  Now, it’s quite uncool and in need of plenty of aid.

WATCH THE VIDEO BELOW...ALSO TELL US IF YOU AGREE OR DISAGREE WITH THE COLUMN