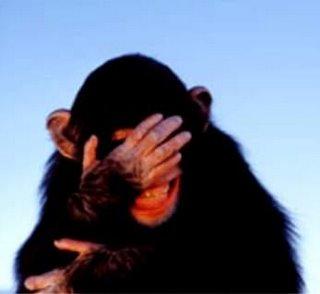 The sharp wits over at the Washington Post aren’t fooled by wunderkids John White and Bobby Jindal’s voucher disaster:

From the you-can’t-make-up-this-stuff department: Louisiana’s governor and schools chief are championing an “accountability” plan for private schools in the state’s voucher program that doesn’t hold these schools accountable if they have fewer than 40 voucher students.

How come we haven’t heard anything about this from school reformers pushing accountability? Why is this acceptable?

It’s only acceptable because “choice advocates, in their zeal to protect their limited-admission charter schools sold their soul to Jindal in order to maintain their status quo. Jindal wanted to open up the “competition” to lunatic fringe religious schools because that’s the horse he rode in on. And now that Jindal is making it clear that he is only interested in the fulfillment of national political ambitions, he could care less about the outcomes of the implementation:

Incidentally, this is being championed by Gov. Bobby Jindal, the man that presumptive Republican presidential candidate Mitt Romney has praised specifically for his education policies. Jindal is said to be on Romney’s short list for vice president, but secretary of education may be more likely.

The issues of vouchers is one area in education policy where there is a sharp division between Romney and President Obama; Obama opposes vouchers.

The voucher program is a result of a new law that allows the state to offer vouchers to more than half of the students in the state, expand the number of privately managed charter schools and do other scary things, including giving letter grades to preschoolers. It’s rightly been called an assault on public education.

Though some 450,000 students were eligible for vouchers, about 10,000 applied, with most of the slots in Christian schools that don’t appear to have the resources to absorb them. What’s more, many of these schools use curriculum that promotes Young Earth Creationism, which holds the belief that the universe is no older than 10,000 years old despite definitive scientific evidence that it is billions of years old.

A review of some of these schools was done by Zack Kopplin, a college student spearheading an effort to repeal the misnamed Louisiana Science Education Act, which promotes creationism. Here’s some of what Kopplin found, from his Web site,

* The handbook of the Claiborne Christian School, in West Monroe, LA, says that students are taught to “discern and refute lies commonly found in [secular] textbooks, college classrooms, and in the media.” In the January 2010 school newsletter, the principal promotes young-earth creationist talking points from Answers in Genesis, saying, “Our position at CCS on the age of the Earth and other issues is that any theory that goes against God’s Word is in error.” She also claims that scientists are “sinful men” trying to explain the world “without God” so they don’t have to be “morally accountable to Him.” CCS has 28 voucher slots and can receive up to $238,000 in public money.

* The student handbook of Faith Academy, in Gonzalez, LA, says that as a Household of Faith school, students must “defend creationism through evidence presented by the Bible verses [sic] traditional scientific theory.” FA has 38 voucher slots and can receive up to $323,000 in public money.

*Northeast Baptist School, in West Monroe, uses ABeka and Bob Jones University science textbooks.  Researcher and writer Rachel Tabachnick, who examined these textbooks, reports that it is “clear that no instruction is included in the text that would conflict with young earth creationism.”  Using such books endangers the educational prospects of students in Christian schools. In 2010, the University of California won a federal lawsuit, ASCI [Association of Christian Schools International] v. Stearns, in which the judge ruled in favor of UC’s right to refuse to recognize high school credits for science classes taken in Christian schools that used such books. UC contended that such instruction is “inconsistent with the viewpoints and knowledge generally accepted in the scientific community.” NBS has 40 voucher slots and can receive up to $340,000 in public money.

*Northlake Christian Elementary School, in Covington, LA, teaches science using both ASCI’s “Purposeful Design Series” and ABeka materials.  One Purposeful Design science notebook requires students to “discuss your thoughts about how the complexity of a cell shows that it must be purposefully designed.” NCES, which specifies that “all curricular content is filtered through and presented within a Christian worldview,” has 20 voucher slots and can receive up to $170,000 in public money.

*Northlake Christian High School in Covington uses a secular science textbook but also “integrate[s]” material from “biblical-young-earth, Christian/Creationists,” according to Northlake’s high school biology teacher. He uses sources from Creation Ministries International, Answers in Genesis, and the Institute for Creation Research. This teacher also quotes a creationist book that says, “No coherent, cohesive theology has yet been offered that would allow Christians to embrace evolution with integrity.”  Disturbingly, NCHS’s student handbook includes a discrimination policy against prospective students and staff who do not meet “Biblical standards.” NCHS has 30 voucher slots and can receive up to $255,000 in public money.

*The Upperroom Bible Church Academy, in New Orleans, says their “curriculum is dependent upon a biblical philosophy” and according to the National Center for Education Statistics they use the ACE curriculum. They also claim to blatantly attempt to convert their students, saying “we endeavor to win all unsaved students to Jesus Christ.”  On top of this, the large numbers of bad reviews from parents seem to suggest the school cares about money much more than the students.  The Upperroom Bible Church Academy has 167 voucher slots and can receive up to $1,419,500 in public money annually.

*New Orleans Adventist Academy teaches a creationist curriculum, according to the New Orleans newspaper, Gambit. A science curriculum guide from the Southwest Region Conference of Seventh-Day Adventists, to which NOAA belongs, shows that Adventist schools teach children that “God, in six literal days, made the heavens and the earth.” The guide contains references both to young-earth and intelligent design creationist sources. NOAA has 100 voucher slots and can receive up to $850,000 in public money.

You can see more on these schools here.

And if we’ve all forgotten, remember to watch Bobby Jindal, biology major at Brown Unversity, endorse wacky fringe pseudo-science teaching in public schools..See the video at the bottom of this page: