Mourning the Morning After In America with Plan B 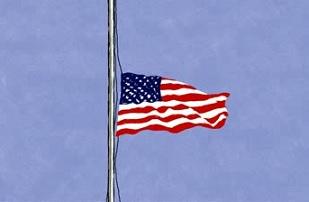 By announcing this week that the Plan B One-Step, otherwise known as the “morning- after pill” would now be available over the counter for girls as young as 15 years old, the Food and Drug Administration has dealt another blow to families across the nation. Previously, only girls 17 years of age and older had access to these pills and only with a prescription. After a judge ruled that the age limit was illegal, the FDA lowered the age to 15, so young children will have access to these powerful pills without parental approval or a prescription.

As noted by Peggy Nance, CEO and President of Concerned Women for America, "It makes no sense that kids need parental permission to take aspirin at school, but they're free to buy and administer Plan B.” She adds that the pill “contains 40 times the dosage of Levonorgestrel, the same drug used in other forms of birth control. If Plan B is so 'safe,' then why is a prescription required for birth control? ”

The track record for the morning-after pill has been troubling in countries such as Great Britain and Sweden, where rates for pregnancy and sexually transmitted diseases have increased. The Obama administration is clearly disregarding the data to pursue a political agenda. According to Dr. Janet Shaw Crouse of the Beverly LaHaye Institute, "This is a political decision, made by those who stand to profit financially from an action that puts ideology ahead of the nation's girls and young women.”

Instead of pushing these pills on our young women, our country should be protecting them. It seems ridiculous that a 15-year old girl can purchase the morning-after pill, but is forbidden from buying alcohol, cigarettes, spray paint, guns, and fireworks. They can purchase this powerful drug, but cannot drive a car without a licensed adult in the vehicle, roam the streets past curfew or work without a special permit.

Incredibly, feminists are upset that the FDA mandated a 15 year age limit for Plan B. They want girls of any age to have access to these pills, which some experts label as abortive. This philosophy is shared by many of our politicians and is a sign of the complete degradation of our culture and the lack of morality that is present throughout society.

Not all leaders agree with this decision. New Orleans Archbishop Gregory Aymond condemned the FDA’s action as making it “possible for a 15 year old to have carefree sex and take a pill to avoid pregnancy.” It makes it more difficult for families to instill moral codes of behavior and preach the only true method of birth control, abstinence.

Young 15 year-old girls are not equipped to deal with issues of life and death without the supervision of their parents and medical professionals. It is unconscionable that our federal government has now burdened our young girls with this type of dilemma. By opening the door to erroneous belief of sex without consequences, the FDA has made an already difficult job of parenting much tougher.

The young women of America have become political pawns in this disgusting ideological battle. The feminists are constantly pushing for reproductive rights which include access to abortion on demand and morning-after pills at any age.

In a supposed quest for equal rights, feminists are doing terrible damage to the women of the country, especially our young women. Sadly, we have an administration that is vigorously pursuing these goals. Such evidence was on display at the President’s recent speech to Planned Parenthood, the largest abortion provider in the country. Previously, no President had ever addressed this organization which receives approximately $500 million per year in federal taxpayer subsidies.

Our nation is traveling down the road of immorality, attacking the traditional family, while promoting abortion on demand and sex without consequences.

It should be no wonder that the percentage of unwed mothers is increasing, along with a corresponding high rate of crime, blight and government dependence.

America needs a spiritual reawakening and to turn to God in these troubled times. Let us follow the lead of Archbishop Aymond and join him in this prayer, “God help us and protect our youth when we do not.”

Do you agree or disagree with this column?  Tell us below

More in this category: « Louisiana: Robideaux No Go, Jindal Goes For Perry, Occupy NOLA Out New Orleans Events: Christmas Fun, Celebration In The Oaks, Nutcracker, NOMA »
back to top