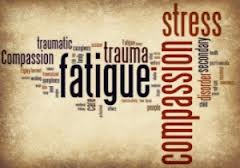 It seems every few weeks; there is an election in Louisiana. Whether it is a special election or a school board wants to pass a tax issue, voters are being overloaded with too many elections.

This causes voter fatigue and low turnout as citizens become tired of continually going to the polls. Ideally, Louisiana should have one or two election days per year and a combination of issues should be placed on a ballot together. Instead, we have the current situation where a school board can place a tax issue on the ballot with nothing else to attract voters to the polls.

For example, last weekend in St. Tammany Parish, the school board engineered a low turnout election. The board forced an election that featured only three public education items, including one that was a property tax increase.

Not surprisingly, only a few St. Tammany Parish voters went to the polls because there was nothing else on the ballot. The School Board was able to mobilize their supporters to vote and was successful in getting their tax approved as the opponents were not funded or energized. If the election would have featured more items on the ballot and more voters participated, the tax issue would have surely failed.

Our election overload needs to end because the only winners in this scenario are those who benefit from the tax. While St. Tammany Parish voters were once again manipulated by the influential political forces that have been dominating the parish for decades, the voters in Jefferson Parish are not as gullible. In fact, there is a voter revolt ongoing in Jefferson Parish as people are sick and tired of the “establishment” and have started to vote “no” on a regular basis. The judicial candidate endorsed by the major political figures lost handily in a runoff. All of the tax renewals failed, as did the tolls on the Crescent City Connection.

The toll vote was an 80-20% landslide, as voters decided to give themselves some tax relief. However, the turnout was only 18%, much lower than the 54% that went to the polls the first time the issue was on the ballot last November.

In that election, there was a heated presidential race on the ballot. Voters participate in greater numbers when there is a national race attracting them to the polls. Congressional, major municipal and statewide elections also garner a high turnout of voters.

In contrast, single issue tax elections are guaranteed to draw few voters, which is exactly the idea for groups such as the St. Tammany Parish School Board. Whenever these types of taxes are proposed, they tend to be placed on the ballot on an obscure election date solely for the purpose of passing the tax while the majority of voters are asleep.

This Louisiana politics as usual practice must come to an immediate end. In the past few years, we have made some progress. Secretary of State Tom Schedler and his predecessor Lt. Governor Jay Dardenne were successful in passing legislation that limited the number of elections. No longer will there be any Louisiana elections scheduled in the months of January or July.

The Louisiana way is not working, we cannot afford it. According to Secretary Schedler, each election costs taxpayers approximately $1,250.00 per precinct. In a state with budget woes, eliminating unnecessary elections would save taxpayers millions of dollars. Schedler found that in a recent five year period, Louisiana held 70 elections, the most in the south, and the third highest number in the country. The southern state with the next highest number of elections was Georgia with only 36 in that five year period, one half of our total.

Louisiana voters love politics and we have a very interested electorate, as 84% of eligible voters are registered. However, it is unfair that these voters repeatedly be asked to go to the polls.

Each election must be approved by the Governor, so he can stop the madness by refusing to allow so many special elections. In addition, the Louisiana Legislature should vote to drastically reduce the election calendar.  This will provide relief to taxpayers, ensure higher turnout in the elections that are scheduled and guarantee results that truly reflect the wishes of the electorate and not just a few insiders.

IS THE STATE HAVING TOO MANY ELECTIONS/  TALK ABOUT THIS BELOW