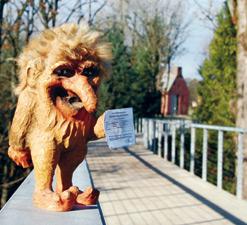 No more tolls.  The voters spoke loud and clear this past weekend when they trashed the tolls on the Crescent City Connection.  With 78% of the vote, voters said they were tired of tolls, perceived misspending by the bridge, and broken promises.  So while the tolls are gone, new issues have become front and center.

Louisiana has had serious fiscal problems for several years.  The money has not been there to fully fund state government to the extent we have been used to.  Dramatic cuts have been made to higher education and health care.  More cuts loom his legislative session.  Now the CCC will have to compete for scarce dollars to fund its maintenance, operations, and safety issues.  Orleans and Jefferson legislators will need to do battle with the budget process to make certain that this major connection between the east and west banks of our region remain properly maintained and safely connected.

The CCC became its own worst enemy.  Legislators and residents accused it of misspending toll revenue and not living up to the promises that were made when the tolls were extended.  They were correct, and the outcry became so loud that voters demanded drastic change...and change they got.

I understand the frustration.  I get the rally cry to eliminate the tolls.  For those who use the bridge on a regular basis, I comprehend how just how poorly treated and taken for granted these folks have been for all of these years.  But this should not be a surprise.  Big government has a way of doing these kinds of things.

So how will it go without tolls?  We will not know for sure for several years.  At this point it is only a matter of speculation.  Legislators and toll opponents have assured us that all will be fine.  Supporters of the tolls said without a dedicated source of revenue, the tolls, the quality of care for the bridge will decline.  Based on my experience with government, it is likely that the bridge will not be maintained at the same level as it has been in the past.  The degree of care will be less.

With the state's limited resources, the bridge will have to get in line with other roads and bridges from around the state to fight for the dollars to properly care for it.  Our legislators will have to step up and convince the Department of Transportation and other legislators from around the state that the CCC requires special consideration due to its size and importance to this region.  I am not confident how this will all play out.  I just hope that at the end of the day voters have not thrown out the baby with the bath water.