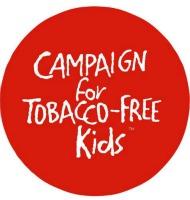 “Community Advocacy Grants are a part of TFL’s efforts to promote smoke-free policies and decrease other tobacco use in New Orleans and throughout Louisiana,” said Geoffrey Brien, Regional Coordinator, New Orleans, for The Louisiana Campaign for Tobacco – Free Living. “The grant recipients received this funding in an effort to build the capacity of individuals and organizations to advocate for tobacco-free policies that protect all Louisianans.”

The selected organizations include:

Technology Awards
This fall, LTC will host the 6th Annual Governor's Technology Awards in conjuction with Louisiana Economic Development (LED), to emphasize technology as a driving force behind growth and diversification of the state's economy.
The awards focus attention on the state's existing technology-based industries, such as medical and biomedical; micro-manufacturing; software; auto regulation; internet and telecommunications; environmental technologies; food technologies and materials and other industries.
In partnership with LTC and LED, the Lt. Governor of Louisiana will present awards at a special luncheon ceremony.

In New Orleans, a Hubig’s pie isn’t just a treat. It’s a culinary tradition. So when a devastating fire destroyed the legendary Hubig’s factory last Friday morning, we knew we had to pitch in to keep that tradition alive. Hubig's Pies have been the official snack food of Tales of the Cocktail for many years and fed our staff and volunteers. Tales of the Cocktail has partnered with Fleurty Girl for a special Save Hubig’s event this Thursday, August 2nd from 5pm – 7pm at the Fleurty Girl store located at 3117 Magazine Street. Join us for a complimentary Hubigs-inspired cocktail created by Chris Hannah of French 75 and pick up one of Fleurty Girl’s exclusive Hubig’s t-shirts. All profits from the sale of each shirt will go directly to the Bowman and Ramsey families to help them rebuild their factory and put their legendary pies back on the shelf. Drew and Kathleen Ramsey will be in attendance.

The grants announced today include:

• $2 million for repairs to the Torah Academy’s Main School Building, which was severely damaged by wind-driven rain, high winds and flooding due to Hurricane Katrina. High winds lifted and shifted the metal roof, allowing rainwater to enter the structure, damaging all mechanical, electrical and architectural systems. Additional costs were necessary due to the need to elevate the building because of floodplain requirements. Estimated project costs include pile foundation work, site work, demolition of the pre-existing structure and Architectural & Engineering and Project Management fees.

Baton Rouge Chamber
The Baton Rouge Area Chamber (BRAC) and Episcopal High School (EHS) today announced that they have agreed to a memorandum of understanding (MOU) that will facilitate the promotion of BRAC’s talent development program among EHS alumni. The agreement states that BRAC will partner with EHS at events to promote the region and employment activities within it. In turn, BRAC will work to identify career opportunities for out-of-region EHS graduates and provide the resumes of alumni members interested in returning to the Baton Rouge area to companies with open positions. The MOU’s goal is to grow the number of resumes included in BRAC’s talent database.

“We are pleased to join BRAC in this endeavor. This program arrived on our doorstep as we re-commit to better serve our EHS alumni community. My hope is that this program will bring home a ‘passel’ of folks who can join us in accelerating the Baton Rouge area’s natural emergence as a great and advancing city in the South and in the U.S.,” said Hugh McIntosh, Episcopal High School’s head of school.

BRAC is currently building a diverse talent database that can be accessed when regional companies are searching for candidates for hard-to-fill positions. Those interested in being a part of the database can find more information on the “call for resumes” and confidentially submit a resume at www.brac.org/resumes.

The talent development program is a core program of BRAC’s five-year strategic plan, The Creative Capital Agenda. The multi-faceted program is designed to address a major concern identified by BRAC’s economic development prospects and investors and is dedicated to retaining and attracting talented professionals to the Baton Rouge area. Over the next few years, BRAC will be implementing a number of strategies aimed at increasing the region’s talent level with initiatives focused on college graduate retention, candidate attraction, and newly relocated employee assimilation.

Today, Mayor Mitch Landrieu, the Hope Enterprise Corporation and The Food Trust announced major funding from the New Orleans Fresh Food Retailer Initiative (FFRI) for the historic Circle Food Store. The Circle Food Store, located at 1522 St. Bernard Avenue (corner of St. Bernard and North Claiborne Avenues), was first incorporated in 1938 and for years was a pillar of the community before it closed following Hurricane Katrina. The total estimated cost for The Circle Food Store to re-open is $9.2 million, with the FFRI offering a loan of $1Million, with a forgivable amount of $500,000. The FFRI loan will allow the store to re-open. This project will create an estimated 75 new jobs, many directed to residents of the Seventh Ward and bordering Treme neighborhood.
“The Circle Food Store served the Seventh Ward and thousands of New Orleanians for decades, and as the first African American owned and operated grocery store in our city, it is a huge piece of our history,” said Mayor Landrieu. “Awarding this FFRI loan is an important step toward promoting a better quality of life for residents in this neighborhood and fostering healthier lifestyle habits for all of our citizens. Projects like this create jobs, generate taxes, bring vacant properties back into commerce and reinvigorate neighborhoods. We look forward to more fresh food store openings in neighborhoods throughout our city.”
In addition to fresh food, the store has also historically provided a pharmacy, a doctor, a dentist, a chiropractor, check cashing and banking, and a place to buy school uniforms. The store was an early version of one-stop shopping. The building was badly damaged by Hurricane Katrina and subsequently closed.
The Fresh Food Retailer Initiative, launched in March 2011, plans to award $14 million worth of low-cost, flexible financing to enable vendors, such as The Circle Food Store, to open, renovate or expand retail outlets that sell fresh fruits and vegetables in lower-income areas of the city where access to fresh foods has been lacking.
In addition to the FFRI loan, the City will provide a $100,000 Economic Development Fund (EDF) grant, which was previously awarded in 2009, to the project.
The Circle Food Store is owned by Dwayne Boudreaux, a native New Orleanian who officially took over the store in 1991.
Boudreaux said, “Circle Food served the community for many years and I look forward to bringing this institution back to serve the community once again. The City's support of Circle through the Fresh Food Retailer Initiative and the Economic Development Fund will help me do just that.”
“HOPE is excited about this latest success in our efforts to foster healthy lifestyles and economic development in communities like those in the seventh ward,” said HOPE CEO Bill Bynum. “Circle Foods has been an iconic part of this community and it’s great to see this local merchant serving the needs of neighborhood families and creating jobs once again.”
"The New Orleans Fresh Food Retailer Initiative and the re-opening of The Circle Food Store are the realization of years of hard work by the people of New Orleans," said The Food Trust executive director Yael Lehmann. "We look forward to continuing our work with a community so committed to the health of its residents and the health of its neighborhoods."
— Uptown PR is celebrating its One Year Anniversary with a Ribbon Cutting Ceremony to unveil its new office space followed by a small soiree to thank its patrons on Thursday, August 9, at its new location on Magazine Street.
To kick off the party, there will be a Ribbon Cutting Ceremony in conjunction with the New Orleans Chamber of Commerce at 4:30 p.m. to unveil the new space at 4306 Magazine Street.
The celebration to follow at 5:00 p.m. will be an evening of fun, food and sophistication. Guests will have the opportunity to mingle in Uptown PR's new contemporary, loft-style office space while enjoying light hors d'oeuvres and luscious libations including the evening's signature cocktail, "Uptown Fizz". Desserts such as mini cupcakes from The Kupcake Factory will also be featured.
"We are so privileged to be able to celebrate our first year in business," said Genevieve Douglass, founder and executive director of Uptown PR. "This is an opportunity to show our gratitude to the clients and associates that have contributed to the success we have achieved thus far."
Uptown PR was founded in New Orleans in 2011, Uptown PR specializes in media relations, event and product promotion, social media and brand management. It offers integrated public relations and marketing solutions to develop and grow business for its clients.

Dept. of Agriculture making hay
An executive order has been issued waiving size restrictions and permit fees on oversized loads of hay enroute to Texas. The Departments of Transportation and Development, Public Safety and Revenue will allow vehicles transporting round hay bales to be loaded side by side across trailers up to twelve feet in width and fourteen feet in height. Size is normally restricted to 8 feet 6 inches in width and 13 feet 6 inches in height.

Louisiana Department of Agriculture and Forestry (LDAF) Commissioner Mike Strain, D.V.M. said, “As Texas continues to experience drought conditions, their hay production has been affected significantly. With this executive order, Louisiana hay producers may be able to help out Texas ranchers and suspending the restrictions and waiving the permit fee will allow them to transport more hay at the lowest possible cost.”

Carriers, owners and drivers are responsible for verifying in advance that the actual dimension and weight of the vehicles and loads are acceptable for all routes traveled. The oversize vehicles may only travel during daylight hours, must have required signage and flags properly placed to indicate they bear oversize loads, not exceed weight limits for bridges and similar structures, be equipped with proper mirrors, the loads must be securely bound and must carry a copy of the executive order in the vehicle.

The executive order is in effect through October 25, 2012.