so much news in so little time

so much news in such a short time. lets’ review what’s been happening lately across this great land, shall we? several topics to hit today:

on the some-times picayune:

this stuff about the newspaper isn’t like loving the tp anymore, it’s like loving the zombie tp: it isn’t what you remember, friends, it’s turned into something else now.

and now that the protests, letters, rallies and pleas have predictably fallen on the deaf and uncaring ears of arrogant corporate selfishness, it's time for new orleans to create a new daily paper. the newhouses don't give a crap about us, just money. so screw them. boycott the paper. don't buy it. don't buy ads. don't buy from anyone who buys ads. the same holds for their sacred website whose name i won’t bother to mention here . get your news from local tv and other local websites and publications. meanwhile, create a new paper to hire the best tp reporters and staff, and let's rebuild better. it's what we do. or maybe the advocate in baton rouge could use some new readers with a daily nola edition that could be delivered in the afternoon, states-item style, for all you nostalgia fans…

on summer vacations and what we can all learn from disneyworld: 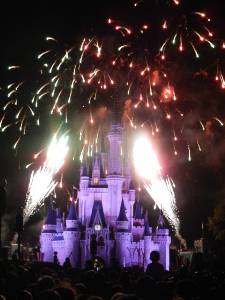 i just took an eight day vacation to disneyworld with my beautiful wife, having a great time, keeping our dollars in america and doing our part for the economy, and playing some golf too.

it was a marvelous experience and a great getaway, to someplace nice, someplace clean, someplace where people can imagine and dream and enjoy life, liberty and the pursuit of happiness.

in the midst of all this, we saw families living, loving, sharing, smiling. we saw openly gay couples walking through the resorts and parks. we saw muslims with their kids in strollers wearing mickey ears. we saw interracial couples and their next generation of beautiful kids taking pictures and enjoying the rides. we saw couples like ourselves: white, middle-aged, enjoying second/third/thirtieth anniversaries and birthdays together, buying gifts for our kids and grandkids like there’s no tomorrow.

and there we were, all of us: black, white, brown, yellow, muslim, jew, christian, atheist, buddhist, gay, lesbian, straight. we were together, having the time of our lives and sharing it with each other. all part the happiness and the shared experience.

as our time there wound down, i felt a twinge of sadness, sad because i knew that once we left, some really twisted people with really vile agendas…people who can’t stand the thought of people from different backgrounds actually getting along and being happy…. were waiting for all of us just outside the gates; pathetic people who can only be happy themselves when they try to divide human beings with hate and fear and ignorance and greed and fake morality that cloaks their bigotry and bile.

the tony perkins’ of the world, and the klansmen, and the homophobes and evangelical frauds are out there in the swamp, lurking, wanting us to unlearn what we just re-learned about ourselves in the magic kingdom: that we can all get along, we can all be happy, we can learn to love and share and learn from each other and build a better world for our children. disneyworld reminds us that we can re-learn decency and celebrate what makes us all different and unique. so, ignore those guys outside the gates.

on miscellaneous politics here and abroad:

speaking of vile, did you know that a few days ago someone bought an ad in a lafayette paper suggesting that president obama and democrats were capable of murdering christians for being christian? really. the ad showed a doctored image of a mexican priest being shot by a mexican firing squad. see? 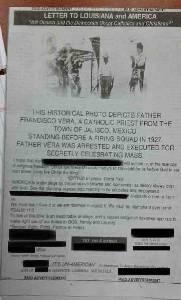 the ad, apparently conceived by so-called christian patriots, is a prime example of what happens when jesus, guns and politics are allowed to get swirled together like chewed food in an intestine. this is the level of discourse now being encouraged by rabid evangelicals who can’t stand… disneyworld.

those blacked out sections of the ad? i did that. no way did i wish to assist them by drawing attention to any specific event they intended to promote with the ad. if you think that the deletions somehow make my representation of the ad less credible, that’s ok and that’s up to you. but just so’s you know, it’s true. this ad really happened.

and finally, in wisconsin, republican governor scott walker survived a recall election. of course, to do it he had to outspend his opponents $10 for every $1 by his rivals, with two-thirds of his $30 million dollar personal campaign fund coming from out of state, not to mention the tens of millions more spent by third party super-pac type groups and individuals on walker’s behalf. 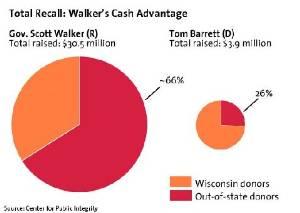 in all, over $70 million spent in this campaign, for one governor, to keep this guy in office…in one state. ain’t democracy grand these days? the best government money can buy. both political parties are to blame, and so are we all. democrats can’t find their butts with both hands, and republicans have become repugnant with their evangelical anti-humanity agenda and unabashed greed, pandering to the lowest common denominator. both are partners in this cash-corrupted broken system that fails us, and that’s too bad.

i see why america’s young people are so disillusioned with us. with the future we've left for them, the adults are the great disappointment, not them.

More in this category: « Who are your Louisiana legislators of the year? Gov. Jindal Picks McCollister, Jacobs, Duplesis and George to LSU Board »
back to top