Louisiana is Jindal's Shane, come home, we need you 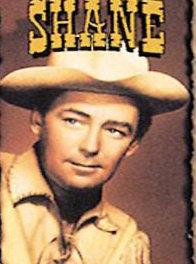 Shane is no doubt one of the all-time quentessential western movies.

Starring Alan Ladd, Van Heflin, Jean Arthur, Brandon DeWilde and Jack Palance, the flick has stood the test of time and has been remade in various shapes, forms and titles by such Hollywood legends as John Wayne, Jimmy Stewart and Clint Eastwood. Perhaps the closest any movie has come to capturing its true appeal is one that came along half-a-century later—2003’s Open Range, starring Robert Duvall, Kevin Costner and Annette Bening.

Even the most casual movie-goer knows the storyline: mild-mannered stranger rides into town—not looking for trouble but invariably finding it in the person of the villain, a ruthless land baron/cattle rancher/banker. Said land baron/cattle rancher/banker has brought in hired guns from out of town to maintain tight control over the local populace, usually personified as honest but helpless homesteaders who only wish to care for their families by trying to scratch a living out of mother earth.

The hired gun, of course, is obligated to ridicule or otherwise demean the weakest among the local homesteaders who, upon attempting to defend himself, is summarily gunned down as an example to the others.

The lesson, of course, is to toe the line or be eliminated in like fashion. This heavy-handed tactic, of course, helps to consolidate the power and control of the land baron/cattle rancher/banker.

A new land baron/cattle rancher/banker has appeared on the scene in the form of an egomaniacal governor who fancies bigger and better things for himself—perhaps even thinking of himself as presidential timber.

But he doesn’t leave anything to chance by bringing in a single hired gun; he hires an entire posse. He surrounds himself with subordinate hangers-on who feed his presidential aspirations like any loyal sycophant, while at the same time cautioning him to keep saying he has the job he wants over and over ad nauseam.

These toadies, or hired guns, if you will, are mostly from out of town, much like the hired guns in Shane and its many clones. They don’t wear guns any more, of course, but the threat they hold over the homesteaders, in this case state employees, is their livelihoods—their jobs.

• If you’re head of the state’s highway safety program and you oppose the governor’s attempt to repeal the state motorcycle helmet law? Gone.

• If you are criticized for the way in which shelter conditions are administered following a hurricane? Goodbye.

• If you are a member of the Board of Elementary and Secondary Education and you don’t agree 100 percent with the governor’s education program? So long.

• If you are a state employee who testifies against his plan to streamline government? You’re history.

• If you are a legislator who happens not to agree with his royal decree? Kiss your committee chairmanship goodbye.

• If you are president of a university who disagrees with cuts to higher education? Take a hike.

By the same token, if you are a recently out-of-work politician who was smart enough to align yourself with the governor, not to worry: you have a nice state job waiting for you at a six-figure salary.

These hired guns, with names like Plotkin, Palmieri, Greenstein, Steckel, Vallas, Levine and John White, each brought in from other parts of the country, roam the corridors of state government, making certain that no dissention will be tolerated from lowly state employees. They are to keep their heads down and noses clean if they like their jobs.

If a few naïve state employees, namely teachers, do show up to testify before a legislative committee, there is always a friendly legislator who will insist that they reveal not only their name and agency, but whether or not they took annual or sick leave to attend the committee hearing, or if they are on their own time.

Then, of course, the governor can always call on more than 200 campaign contributors who coughed up more than $784,000 to his 2007 election campaign and appoint them to plum positions on important boards and commissions. And in case anyone tries to pass a bill requiring him to divulge that information, he can always call on compliant legislators to kill the bill.

Finally, to maintain an unyielding grip on his political power, this governor must not allow any federal encroachment, such as helpful federal grants, to tarnish his own stellar reputation. Thus:

• Grants to bring broadband internet to rural parishes must be stymied in the name of private enterprise;

• Grants to build a high speed rail system between Baton Rouge and New Orleans must be discouraged because of accompanying maintenance costs;

This land baron/cattle rancher/banker is so confident of his unchallenged power that he now feels it is not even necessary that he remain in the town much. Instead, he chooses to hop scotch all over the country auditioning for bigger and better things.

The little town is simply holding him back so he spends all this time away from his office even though the town back home is drying up; education and health care are undergoing drastic cuts because he has given all the money needed to support them to his corporate friends in the form of tax incentives.

But why settle for being a local land/baron/cattle rancher/banker dominating a comparatively small spread when there is an entire nation out there over which he can hold sway?

Normally, in a situation such as this, we would summon the Lone Ranger. But not this time: one masked man is more than enough.

But we can almost hear the last line of that great old movie: “Shane! Come back! We need you!”

More in this category: « How long will Bounty anger last as Brees, New Orleans Saints kickoff with Cardinals Louisiana’s teacher’s unions vouching for self-interest by thuggery against charter schools »
back to top