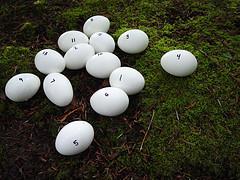 The House-passed version of the State Operating Budget spends $200 Million in revenues from a tax amnesty plan to replace non-recurring revenues.

The new money generated from the amnesty plan most likely will also be declared non-recurring revenues plus the plan hasn’t even passed the lege.

Previously, the Revenue Estimating Conference (“REC”) has not recognized amnesty revenues for expenditure until after they were actually received. Nor has the REC declared such revenues to be recurring and thus not eligible to be spent in the State Operating Budget.

Tuesday, Dr. Jim Richardson the LSU economist on the REC told Tyler Bridges of The Lens that he considers the revenue from the proposed plan as “non-recurring” revenue.

All decisions by the REC must be unanimous.

In 1995, Richardson refused to recognize as recurring the one-time payment from the land-based casino in New Orleans. Then-governor Edwin Edwards had the lege pass one-time legislation to allow a 3/4′s vote of the REC to recognize the money as recurring. The leges could always try that.

It’s bad public policy to offer a tax amnesty plan only four years after the last one. Offering for consecutive years is even worse.

Worse still is that the leges propose to spend the amnesty revenues on recurring expenses.

Yet worse is that the revenues have been budgeted for the fiscal year beginning July 1.

There is a good possibility that the revenues from the amnesty plan, assuming it is enacted, will not even be received during the upcoming fiscal year.

Even those of us who aren’t delinquent on our taxes usually wait until, literally, the last minute to pay them.

Today is the due date for our state income taxes. Most of us will mail our checks today. As they are postmarked today the taxes are considered to be paid timely.

The checks won’t be received by the state, at the earliest, until Thursday. Those from out-of-state payers may not arrive until next week.

Consider someone who hasn’t paid their taxes in years. Under the proposed amnesty plan, they have until June 30, 2014, to pay their past due taxes and avoid interest and penalties. When do you think they will pay their taxes?

That means the revenues won’t be available for expenditures until after the 2014 Regular Session ends.

Not only are the leges are counting they chickens before they hatch, they haven’t even acquired a hen.