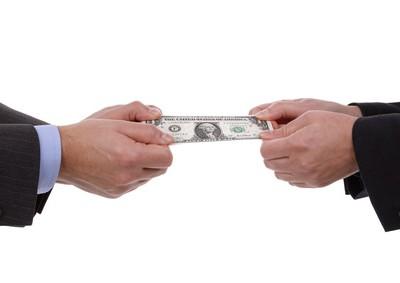 Three weeks are left in the 2013 regular session of the Legislature, and much water is left to run under the legislative bridge before sine die adjournment on June 6. The biggest issue left to resolve is the state budget, which has developed into a three-way tug of war between the House, the Senate and the governor.

Governor Jindal captured the early focus of the session with his short-lived plan to repeal the personal income tax primarily by replacing it with a half-billion-dollar net increase in business taxes. That plan’s demise cleared the decks for the budget debate. While pushing his tax swap plan, the governor made it clear that he would veto any approach that was not revenue neutral when it came to addressing changes in the tax structure. He reaffirmed that posture regarding any revenue measures coming to his desk related to the budget debate.

The budget proposal enacted by the House clearly is not revenue neutral regarding tax increases. The House proposal also ties numerous budget reforms to the revenue and the appropriations bills in an attempt to say that everything fails if the package as a whole is not adopted. It is questionable whether either the Senate or the governor will concur in that approach.

Some good news on the budget front came on May 15 when the Revenue Estimating Conference (REC) certified $155 million in enhanced revenue for the budget now being confected. The REC also certified approximately $130 million in additional revenue available in the current budget. Some of that money may end up assisting with the budget currently under construction through various legislative and bookkeeping maneuvers that have been employed in the past.

The House version of the budget used $200 million in proposed tax amnesty revenues to replace much of the one-time money that Governor Jindal placed in his executive budget. The amnesty legislation has not made it through the legislative process and quite possibly would not be recognized by the REC as recurring revenue to pay for recurring expenditures if it is enacted.

The play now goes to the Senate. The key players there must deal with the House budget with its internal booby traps (don’t expect the Senate to take those seriously) and the governor’s vow to veto any tax increase bills that aren’t offset by tax reductions. The Senate generally tries to play team ball with governors, so expect the body to try to confect some version of a scaled-down tax swap that would allow the governor to claim success in some fashion for his original goal of the session. The House budget also contains more than $100 million in somewhat vague cuts. Senators will have to decide if they will maintain those cuts, eliminate them, or develop a different cut menu.

What the Senate is adept at doing is digging into the secret money closet and finding untapped revenue from various sources to close gaps in the budget. One likely scenario would be that the Senate adopts a tax swap to please the governor; keeps some of the House cuts but rearranges them; plugs the remaining holes with supplemental funds from sources that don’t require REC certification; and removes or ignores the requirement that everything in the House package must remain in place or else it all fails.

Then at some point late in the session, the Senate will send the revised proposal back to the House, which may not be enamored with the changes--particular among the “Fiscal Hawks” who voted for tax increases in order to get the budget reforms they tried to make mandatory. At that point, the Democrats the Hawks aligned with originally would likely accept the Senate version of the budget and join with enough Republicans to pass it.

The governor would be happy under that scenario; the Senate would exercise its customary control over the budget; the House Democrats would go home content; and the Fiscal Hawks would be on the outside looking in.

Watch Google Hangout interviews with Jan Moller of the Louisiana Budget Project and with Jim Brown as they talk about the Louisiana budget, education and other issues.

More in this category: « Max Hall, Arizona Cardinals Brees By Hapless New Orleans Saints, 30-20 LSU, Miles Pull One Out Of The Mad Hatter Vs. Florida »
back to top