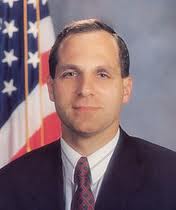 With all the allegations surrounding the team this offseason, Mike Florio of ProFootballTalk.com reported that the Saints have hired former FBI director Louis Freeh to investigate the organization. Freeh served as the head of the FBI from 1993-2001 before opening his own investigative and legal firm. The move by owner Tom Benson is unprecedented and is evidence of just how serious he is to right the ship after a shaky spring.

The inundation of speculation about the future of the Drew Brees-Saints imminent contract talks are coming to a trickle.

Which raises the question as to whether a deal might get done sooner rather than later. The Brees Watch 2012 continues, though, with reports saying the deal could be done anytime over the next month.

On Thursday, a very interesting report emerged from WWL-AM that Drew Brees and the Saints have "closed the gap" on contract talks and that Brees could sign the deal on Friday or over the weekend. Yes, this Friday. That would, to the majority of the football-watching world, be a tremendous shock. Brees and the Saints are clearly talking about a deal, but they have until July 16 to work something out. Brees flew back to San Diego on Thursday afternoon. The Who Dat nation would like the deal to happen now, but the reality is it's much more likely that the process of getting a deal done will speed up as the July 16 deadline nears.

With the Saints and Drew Brees having a deadline of July 16 for doing a multi-year deal, that remains the date to watch.

Brees and the Saints have a late June hearing before arbitrator Stephen Burbank on the question of whether Brees would be entitled to a 20 percent raise or a 40 percent raise under the franchise tag for 2013.

If both sides sufficiently fear losing the $3.9 million that hangs in the balance waiting for Burbank to make a decision, either way, there's every reason to believe that Brees and the Saints will have a long-term deal in place before the middle of July.

The Saints have signed veteran quarterback Luke McCowan, formerly of the Jaguars, Browns and Buccaneers.

McCowan worked out with the Saints on a trial basis in five practices over three days. With Brees skipping offseason workouts, the Saints have only Chase Daniel and Sean Canfield available at quarterback.

Once Brees returns, McCowan likely will be gone.

Brees was here this week filming two television commercials and getting approval from the New Orleans City Council to open a Jimmy John’s sandwich shop on Maple Street that he would-co-own. He got approval. He already owns one on Veterans in Metairie.

Brees also sold his San Diego-area home for $2.4 million. He paid $2.2 million for it several years ago.

The Saints are operating without Brees in offseason workouts and trying to practice as if their leader was here.

"What's our other option?" said safety Malcolm Jenkins. "It's business as usual. We've got to accomplish a lot this time of the year, no matter what, so that's all we can do."

More trouble for the Saints?

NFL officials have been at the Saints facility poring over film of Organized Team Activities and minicamps, according to two sources with direct knowledge of the situation per Ian Rapoport of the NFL Network.

Following a mid-practice fight on Wednesday, the NFL is looking into whether there has been live contact during sessions where there should be no contact work. The response was sparked by news of Wednesday's fight.

The Saints appear confident that they have not done anything wrong.

Recently, the Seahawks were docked two scheduled OTA sessions because they violated the Collective Bargaining Agreement's contact rules. Coach Pete Carroll had blamed it on younger players competing too much."

Interim head coach Joe Vitt insisted earlier on Thursday that he is aware of the rules, and players said they had been thoroughly briefed on how to work in the confines of the new OTAs and minicamp regulations.

"I think everybody understands the CBA rules, some of the things we do are slower now," said Vitt. "So I think we all need to understand the rules and couldn't be happier with where we are now."

NFL spokesman Greg Aiello said he does not comment on reports of this nature.

"Monitoring OTAs of all clubs to ensure compliance with the rules is part of the CBA and standard procedure," he said.

The Saints have signed free agent quarterback Luke McCown to a one-year contract and also inked rookie free agent RB Joe Banyard to a three-year contract. Both players participated in the team’s minicamp from June 5-7 on a tryout basis.

McCown, a 6-4, 217-pound quarterback entering his ninth NFL season, is a former fourth-round selection of the Cleveland Browns. A native of Jacksonville, Texas who went on to star at Louisiana Tech, McCown has played in 20 career games with nine starts in stints with Cleveland (2004), the Tampa Bay Buccaneers (2005-08) and the Jacksonville Jaguars (2009-11). He has completed 184-of-316 career pass attempts for 2,035 yards with nine touchdowns and 14 interceptions for a passer rating of 68.5.

Banyard (5-11, 213) spent his final two years of college eligibility at Texas-El Paso where he rushed for 1,490 yards with 14 touchdowns. As a senior in 2011, he rushed for 867 yards with six touchdowns on 127 carries to go with 12 receptions for 67 yards. The Sweetwater, Tex., native played two seasons at UTEP after transferring from Texas Christian. He was originally signed by the Jacksonville Jaguars following the 2012 NFL Draft.

There has been plenty of speculation that all the turmoil is going to cause the Saints to collapse completely. But Las Vegas odds-makers have the Saints as a playoff team again this season. There's no doubt every opponent on the schedule would like to see the Saints fall.

Middle linebacker Curtis Lofton left the Falcons to join the Saints because he wanted an opportunity to play in a Super Bowl.

"We look at things now as everybody against us," said Lofton. "Everybody wants to see us do bad. That's just bringing us closer together as a unit on a mission. The Super Bowl is here this season, so the goal for everyone is to go and win it for this team and the city.

"Everyone's expectations are to live up to the Saints' high standards and just keep things rolling along."

He doesn't mean the Saints are rolling over. He meant they'll just keep rolling along.

Some news and notes

The Bucs and Panthers have signed all their draft choices. The Saints haven't signed any.

SOME HITHER, others yon: It's that time of the year when NFL cheerleaders head to the beach to prepare for their 2012 bikini calendars. We've already seen the Saintsations because they did one for 2011-2012. The Falcons cheerleaders are doing their shoot at Jamaica. The Saintsations calendar sells for $25 and that includes shipping and handling charges. NFL cheerleaders make about $6,000 a year for their appearances at games and commercial bookings...The Oregon Ducks are known for their colorful, but often too loud football uniforms. Once, an astronaut was asked what he could see on earth while he was on the moon. "The Great Wall of China and the Oregon uniforms," he answered...Parting thought: "Don't tell me the sky is the limit when there are footprints on the moon."...

More in this category: « Gov. Jindal Picks McCollister, Jacobs, Duplesis and George to LSU Board Wisconsin elections, exit polls, and Louisiana's budget woes »
back to top