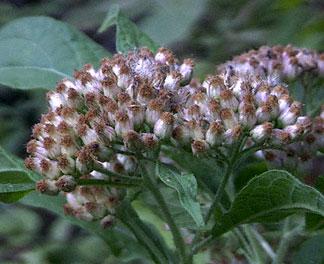 That Louisiana legislature is down to its final stretch with only 3 weeks remaining.  While there is still plenty of time to turn thinngs around, as of now, clear winners and losers are emerging.

Who are they?  Bayoubuzz asked Southern Media & Opinion Research's pollster and political consultant , Bernie Pinsonat, to identify those who far now are smelling like roses and those who who are of stinkweed vintage.

So far, who would you say are the big winners and big losers in the legislative session (and what are your reasons)?

As of today Governor Jindal is one of the biggest losers of this session. The roll out of his tax swap plan was a public relations disaster from start to finish. All of us who have been involved in these major legislative efforts know the importance of having powerful reform groups involved in the heavy lifting. The Jindal Administration did not have the big groups that helped pass most of his previous reform legislation. Governor Jindal’s popularity has fallen about twenty points in the last twelve months. Thinking he could pass a complicated tax swap with sagging popularity - plus fighting with LABI caused Governor Jindal’s lame duck status to officially begin the first day of the session.

The Public Affairs Research Council headed up by Robert Scott definitely reestablished PAR as a heavy weight political player during this session. PAR produced the only credible number during the entire tax swap debate. PAR is certainly one of the big winners.

LABI headed up by Dan Juneau must have thought he awoke on Mars about three weeks before this session began. He finds our republican governor proposing huge new sales taxes on his businesses. He easily beats down Governor Jindal’s tax swap and looks forward to a restful peaceful session. All of a sudden the so-called fiscal hawks produce another shocker – this group of mostly republicans propose a huge tax increase on his members.   Once again he has to energize his members and call republican house members and threaten them with political annihilation come reelection. It only takes Dan Juneau and his members about eight hours and the fiscal hawks buckle and fold. LABI is another big winner as they once again prove they are the most powerful and influential group inside the state capitol!

The Republican Party’s image took a beating this session – if republicans make another attempt to raise taxes, independents will be the majority nonparty.-

Much has been written about the fiscal hawks, the House Democrats and Governor Jindal. Today, the Revenue Estimating Conference has announced the state has $155M to play with for 2014's budget. Considering what has been occurring in the entire budget debate, who do you think will be the biggest political beneficiary of this additional revenue?

The so called Fiscal Hawks are certainly one of the big losers in this session. The Fiscal hawks finally got their opportunity to produce their own budget and remove the one time money from Governor Jindal’s budget. No one in Louisiana seems to care about one time money except this group. Not one person has ever asked me about one-time money. The hawks proposed one of the biggest tax increases on business in recent years and were thrashed and ridiculed until their plan fell apart like a bad meatloaf. The Fiscal Hawks did eventually send their own budget plan to the senate and guess what? They added their own one-time money to their budget plan. I am not sure the word fiscal is the best description to describe the hawks – malcontents is a much better description!

The extra money available to spend in this year’s budget is good news for our universities. The governor’s  budget once again had serious cuts to higher education and health care! Hopefully the senate will use this new money and reduce those cuts. Raising tuition again this year on students and parents is cruel and unfair. After all they just endured an eighty percent increase over the last few years. Most of the added tuition did not go to these universities – it went into the general fund. Governor Jindal’s popularity with women is the lowest in any poll for any governor in modern times. Most governors and their staff do not realize in about eighteen months after they leave office; very few voters can name two accomplishments. They do remember forever if they liked a particular governor. -

Do you agree or disagree?  Tell us below

More in this category: « Is Vitter's Illegal Alien Ad Race-Baiting Or A Welcome Sign? Have Louisiana Gov. Jindal To Travel For Endorsements »
back to top