Jindal, Vitter: The Curious Case of the Missing Louisiana Endorsement 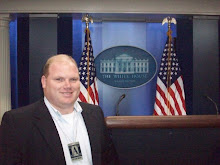 Incumbent Republican US Senator David Vitter’s landslide primary win in the face of personal scandal that had driven less tenacious office-holders out of politics is a sign that he is likely en route to a second term in Congress’ upper chamber.


Vitter’s lockstep conservative votes on Capitol Hill have satisfied his electoral base and his prodigious fundraising and unfavorable political climate for Democrats, particularly in Louisiana, make him a heavy favorite on November 2nd.


Recently members of the media have picked up on something that missing from the Vitter juggernaut: the endorsement of Republican Governor Bobby Jindal.

Not that Vitter needs the formal and public blessing of the titular leader of the Louisiana GOP, yet its absence got journalists and politicos to talking and Jindal’s press office putting out qualified statements.

Governor Jindal has maintained over and over again that he will not seeking the presidency in 2012. Despite the national party’s recent shifting of the caucus and primary dates to later in the year, a Jindal presidential candidacy would have to be announced prior to his second inauguration if he stood for and won re-election as governor.

People should take Jindal at his word that he will not make a bid for the White House.

Now whether his second term as governor is cut short by an invitation to occupy the bottom-half of the GOP’s 2012 ticket, appointment as a cabinet secretary (Department of Health and Human Services being the most likely) or a campaign in 2014 for Mary Landrieu’s US Senate seat is up for speculation.

Jindal obviously doesn’t want to have to go on record lining up behind someone who admitted to a sin he won’t specifically describe even though everyone has a pretty good idea what it is.

You could say the squeaky-clean Jindal wants to avoid being stained by association and loathes the prospect a 2010 endorsement of Vitter being thrown at him at a time of his least convenience in the future, whether it is before a Senate confirmation hearing, vice-presidential vetting interview or a presidential run in 2016 or 2020.

It’s also been speculated that the state’s two most prominent registered Republicans aren’t the best of pals. Perhaps there’s good reason to think this.

Most people probably don’t remember Vitter’s “forgiveness” press conference that was held the same day Jindal officially kicked off his campaign for governor in Kenner, with the former overshadowing the latter. Perhaps Jindal still remembers it.

The latest official statement by the Jindal camp is that the governor doesn’t have any plans as of yet to involve himself in Louisiana federal races in 2010. This position has been nuanced a few times over. And while the Fourth Floor has staked a technically consistent position for the moment, Jindal might have only succeeded in painting himself into another corner.

There are two other congressional races of interest on the same ballot as Vitter’s re-election: the Second District, where incumbent Republican US Representative Joseph Cao has an uphill fight for re-election against Democratic State Representative Cedric Richmond and in the Third District, where either retired National Guard general Hunt Downer or TEA Party-favorite Jeff Landry will represent the GOP in a bid to retake the seat after Democrat Charlie Melancon held it for three terms.

The Third District presents the most complicated situation for Jindal as the Democratic nominee is well-financed Indian-American Ravi Sangisetty. A Union official remarked that the twenty-something year old, Princeton-educated Sangisetty is the Democratic Party’s Jindal. It should be noted that Sangisetty, while a political unknown, isn’t a crackpot candidate whose campaign is limited to paying his qualifying fee and going home.

On the contrary, Sangisetty has a well-stocked campaign fund in excess of a half-million dollars, which is going to be more than either Republican will finish their runoff with in October starts off the month-long general election with.

While Jindal’s overt help might not be welcome by the Cao campaign in the predominantly black, overwhelmingly Democratic Second District, the Republican nominee in the Third District is going to need the governor’s personal and financial support. That Jindal would be publicly opposing a fellow Indian-American is yet another headache for a governor whose first gubernatorial bid was powered by Indian-American donors from across the country.

And there’s the rub. If Jindal sticks with his position of remaining neutral in federal races, the governor manages to avoid embracing Vitter but publicly abandons a Republican congressional candidate who will desperately need his assistance, since it was a fractured GOP in 2004 that gave Melancon his thin margin of victory.

As the face of the party in Louisiana, the Republican governor is going to have to actively involve himself to bring partisans from both Downer and Landry’s camp together to avoid of a repeat of the Tauzin-Melancon-Romero debacle (or the Fletcher-Holloway-Alexander split from 2002).

Jindal needs to make what will be a difficult decision fraught with political consequences: endorse and support all of the Louisiana Republicans running for Congress in November; go with one and not the other, thus angering Vitter; or stay out entirely and bring his GOP credentials into question, leading people to wonder why Jindal will go to Iowa to help a Republican candidate but not Houma.

A fourth option would be Vitter letting Jindal off the hook, since the senator probably doesn’t need the governor’s endorsement to win a second term. It would be a nice peace offering in light of his raining on Jindal’s parade in July 2007.

Until Jindal comes through with an endorsement for Vitter, Louisiana Democrats are going to needle both the governor and the junior senator on the matter…not so much because it will torpedo the Vitter’s re-election bid (it won’t) but to make life awkward and difficult for both Republicans, though mostly Jindal.

Mike Bayham is a political consultant in southeast Louisiana.  His political blog is posted at www.mikebayham.blogspot.com.