Obama looking like Nixon with IRS, Benghazi and AP scandals 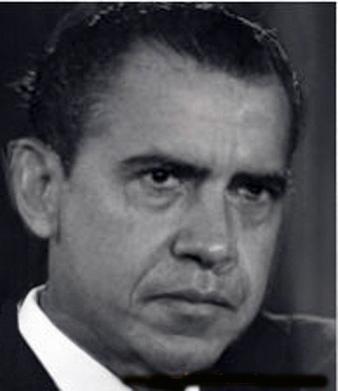 Scandals in Washington, DC are nothing new. Sex scandals or simply scandals of incompetence can be expected, and the American people usually look the other way when the scandal erupts.

Take a look at the Clinton sex scandal. He was more popular after word broke that he was having an affair inside the White House and his impeachment trial than he was before. He left office with positive poll numbers well into the 60's. Barack Obama is hoping for the same results.

The breaking news about the IRS targeting conservative groups for review and the Justice Department going after records of the Associated Press are bad news. Add to this the continued lack of a responsible response and explanation by the White House to the Benghazi attacks last year, and you have legitimate scandals.

This White House is on constant damage control a sign that the White House itself is not in control of its own business. The fact that the IRS and Justice Department scandals even exist points out the arrogance of the federal government. There is a culture inside government that "we" can do no wrong. Left to its own designs government, at any level, can be oppressive. That is why we have a Bill of Rights to protect all of us from the possible abuses that the federal government can impose on its people. These two scandals are very bad and good reason why we need our Bill of Rights at all levels of government.

There is a growing feeling that the Benghazi scandal comes out of a failure of the federal government to respond quickly to the attack on the American diplomatic post. Four Americans are dead and Republicans and other responsible lawmakers want to know why they were not better protected. Again this is a serious failure by the federal government that is still unanswered.

Interestingly the American people while deeply concerned by these incidents do not blame President Obama for what happened. His positive poll numbers continue to hover around 50%. The president has gotten a pass, and that is unfortunate. The only way these kinds of events are going to be prevented in the future is if the people in power today are held accountable for these failures. If the White House is allowed to skate by with idle excuses and political rhetoric, the next incident that occurs will be treated the same; and politics will become the rule of the day. Politicians want to be loved, and this president is no different. Blaming someone else is wrong, and waiting for the fallout to judge how to respond is no way to respond. The political arm of the White House should not control the message. The truth should control.

In the case of Benghazi, the White House faced a real problem. With the death of Osama bin Laden and President Obama's declaration that Al Qaeda was on its heels, the White House had a real problem. If it says that Al Qaeda was responsible for the attack, it would make the president’s pronouncement that Al Qaeda was down for the count untrue. Since that can’t be, the White House called the attack “spontaneous.” No one believed that declaration, not the American people, the media, the people inside the White House, the CIA, or anyone else. But the president’s team tried to sell it anyway. How fortunate for Secretary of State Hillary Clinton that she was said to be too tired from her foreign travels to appear on the Sunday talk show circuit. So the administration sent U. N. Ambassador, Susan Rice, making her the administration’s sacrificial lamb.

The Benghazi attack was not spontaneous. It was a well-orchestrated military hit on our facility. Why the cover-up? Why was the White House so concerned? It was in the middle of an election, and how it described the attack could have an impact on the outcome of that election. Politics triumphed over truth and national security.

These stories cannot be allowed to go away. The American people deserve a truthful explanation. The IRS being used to intimidate citizens is wrong and reprehensible. The truth need be told. The Department of Justice violating the first amendment's protection of free speech is unacceptable. It should never have happened. And the Benghazi attack needs to be fully vetted. The American people deserve a clear answer of what happened and how. Nothing less will do. When politics interferes with the Bill of Rights, all Americans should be sickened and scared. The only thing standing between us and a ruthless dictatorship is the Bill of Rights, and all Americans should demand that it be respected especially by the government itself.

More in this category: « Chehardy: Bitter Vitter’s shameful campaign should come clean National lampoons for Obama and Christmas vacation »
back to top