Louisiana legislators: Say NO to Judges and Clerks pay raises 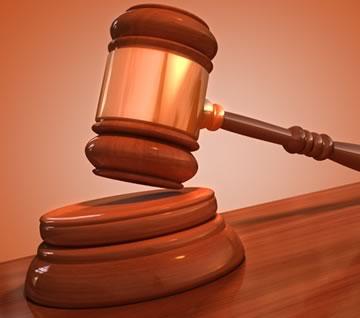 Louisiana is a poor state with a struggling economy. We have substandard schools, roads, and bridges.

Our people are having a difficult time finding work as the unemployment rate has increased for four months in a row. For those who do find work, the average pay is well below the national average. All of our citizens deal with a polluted environment and face a healthcare system that is troubled to say the least. Overall, while our culture, food and festivals are the best in the world, life in Louisiana is quite difficult for the average person.

The one group that does quite well is those in state government, especially the politicians. This disparity will increase even more if legislation is passed in the session to increase the pay for judges and clerks. According to proponents, judges and clerks have not received a recent pay raise and are due for a healthy increase. Of course, current salaries are quite generous and these public officials are already doing much better than the average Louisiana worker in the private sector.

A pay raise is also inappropriate in light of the massive $2.5 billion budget deficit that the state is facing for the next fiscal year, according to legislative watchdog C.B. Forgotston. Despite the dire fiscal situation, yesterday, the Senate budget committee overwhelmingly passed a bill to give state judges pay raises for the next five years.

If enacted by the legislature, the bill (SB 188) will boost the pay of Supreme Court judges by 5.5%, Appellate Court judges by 3.7% and District Court judges by 4%. After the initial increases, all of these judges, including city and parish court judges, would receive annual raises of 2.1% for the period of 2014-2017.

By the end of this time frame, the annual salary for a Supreme Court Justice will be $172,343, while Appellate Court Judges will make $161,275 and District Court Judges will earn 155,279. The total cost of these pay increases will be approximately $8.1 million.

To make matters even more expensive, another bill (HB 174) is moving through the legislature. It will increase the pay of parish clerks of court by 4% annually for the next four years. This bill has already passed the House and awaits approval by the full Senate. It will cost at least $1.2 million.

Overall, these salary plans will cost more than $9 million at a time when the state is facing a massive budget deficit.

Possibly, pay raises might be acceptable if the budget was balanced and there were available funds for such luxuries; however, this is not the time.

It sends the wrong message to the hard working people of Louisiana who are already having a difficult time dealing with the poor economy nationally and the tough conditions that exist in this state.

Hopefully, enough legislators will realize that we cannot afford these pay raises now and that $9 million can be used much more effectively in these tough economic times.