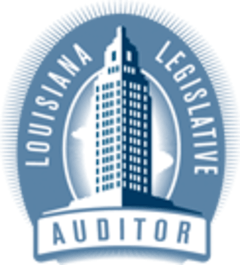 While the Louisiana Republican Party appears to be claiming that they are being targeted by an Obama-scandal-like-IRS audit for expressing its opposition to taxes, the Louisiana Democratic Party has just announced, also via email, that the legislative auditor has also sent them a request for information.

The response from the Louisiana democrats did not make similar claims or allegations.

We are concerned about this inquiry given the Republican Party of Louisiana’s recent move to urge people across the state to contact their state representative and tell them to oppose the ultimately failed effort in the Legislature to raise taxes by $1.3 billion.


In recent weeks, it has come to light that the Obama Administration and our federal government has engaged in shocking efforts to suffocate the 1st Amendment rights of conservative Americans. We have grave concerns that this action is an attempt out of the Obama Administration’s playbook to halt our ability to express free speech."

WATCH THE VIDEO INTERVIEW AT THE BOTTOM OF THIS PAGE

Hours after the GOP released its email linking the audit of them to "an attempt out of the Obama Administration’s playbook to halt our ability to express free speech.", the Louisiana Democratic Party issued this statement via email blast, "The Louisiana Democratic Party today released the following statement in response to a request from the Louisiana Legislative Auditor for financial information pursuant to Revised Statute Title 18 Section 464(F):

“In the spirit of openness and transparency and in accordance with state law, the Louisiana Democratic Party has complied with the Legislative Auditor’s request for information,” said LDP Chair Karen Carter Peterson."

It is uncertain why the legislative auditor is seeking information from either or both parties.