Legislative Fixing a Louisiana political poke in the eye 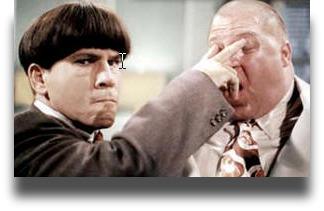 In the Sunday Advocate Senator Dan Claitor said this regarding House Bill 703: [T]he legislation [is] “a political poke in the eye and a waste of our time.”

For now, it will be assumed that Claitor simply didn’t have all the facts rather than merely hurling abuse at involved citizens.

Current law, LA R.S. 47:501.1, requires anyone who resides in Louisiana and drives a motor vehicle to, within 30 days of arriving in Louisiana, obtain a Louisiana driver’s license and register any motor vehicles and pay the Use Taxes due.

The failure of some highly-paid, state political appointees to obey the above cited law has been on-going problem in Louisiana. The law-breaking was not merely a case of them not knowing the law. Even when the law was brought to their attention, they refused to comply.

In some cases, these political appointees had been living in Louisiana and working for the state for two years or more.

This issue was first brought to the public’s attention over a year ago by the Sunday Advocate and later by Tom Aswell in the Louisiana Voice.

Attorneys for the LA Department of Education and LA Department of Health and Hospitals as well as other state agencies used a perceived nuance in the law to allow some high-ranking political appointees avoid compliance.

A request was sent all leges asking for help in fixing the problem. Representative John Bel Edwards stepped forward.

Edwards used one of his 5 non-fiscal bills allowed during the 2013 Regular Session to address the problem via HB 703.  With the advice of the State Police the language in HB 703 was crafted to make sure that the license and registration requirements could be properly enforced.

Senator Rick Gallot, likewise, stepped up to assist and handled the legislation in the Senate.

If there is any politics involved in HB 703 it was the failure of any Republican lege, including my own leges, to offer assistance. Bodi White, my senator, even voted against HB 703.

Politics may have played a role in that all the votes against HB 703 in the House and all but two nay votes in the Senate were cast by Republicans. Perhaps it was because it affected political appointees of a Republican Administration.

Poke in the eye?

The “poke in the eye” was delivered to all law-abiding Louisiana residents by some political appointees who believed that they were above the law.

Claitor said passing HB 703 was a waste of time. Doing the people’s business should never be consider a waste of time. Even if it was, it is us taxpayers who are paying the leges for their time.

Any lege who doesn’t like spending time on issues of importance to us citizens should find another line of work.

In this case, citizens saw what appeared to be a violation of the law and brought it to the attention of the proper law enforcement agencies.

When the law was perceived to have a flaw, it was brought to the attention of the lawmakers. The lawmakers following the wishes of the people fixed the problem.

In this instance Bobby Jindal agrees with us citizens. He has announced that he will sign HB 703 into law.

Kudos to John Bel and Rick for making this exercise in representative democracy a reality.

Finally, the primary lesson of HB 703 is that citizens can make a difference, but we must get involved.

Disclaimer: No paid lobbyists were used or harmed in the making of this law.