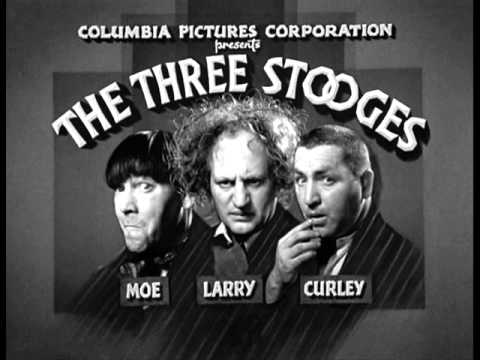 Depending upon which source you consult, there are from four to six essential components of a contract that make the document legally binding.

The LSU Board of Stuporvisors apparently is unaware of any of them.

• There first must be an offer.

Okay, this one’s a little broad. There was an offer…of sorts. The Biomedical Research Foundation of Northwest Louisiana offered to assume administrative and operational control of the LSU Medical Center in Shreveport and E.A. Conway Medical Center in Monroe.

But after that, it gets a little sticky:

• There must be an acceptance.

Acceptance is defined as an “unconditional agreement to the precise terms and conditions of an offer.”

To that end, the Board of Stuporvisors came off looking like Larry, Moe and Curly trying to match business acumen with Warren Buffett.

Or Jethro Bodine in negotiations with Donald Trump. You get the picture

The Board of Stuporvisors’ approach to this major enterprise was more akin to the manner in which car dealers attempt to sell a major consumer product with the cheesiest, most offensive television ads possible.

Simply put, there were no specifics in the contract—only 50 or so blank pages to be filled in later.

• Consideration: the payment exchanged for the promise(s) contained in the contract.

Without a specific offer, there can be no financial terms (consideration) and accordingly, no acceptance.

So thus far, we have no specific offer, no financial terms (consideration) and no termination clause—only an acceptance of a vague offer—all of which brings up the fifth component of a legal contract:

• A contract must be recognized as valid by the courts and subject to the court’s ability to compel compliance.

Finally, we have the strongest, most binding qualifier of all for a legal contract:

• Competent Parties: parties to a contract must be competent and authorized to enter into a contract.

Hell, the LSU Board of Stuporvisors just gave away the store. How competent is that?

Let’s ask a few simple questions of the board members, seven of whom own their own businesses, three are in government/public service, one is a banker, one is a publisher, one is a doctor and one is an attorney:

• Would you, as an executive, doctor, banker, attorney or business owner, allow your company, firm, practice, publication, or bank to enter into a contract with no stipulations, no conditions, no financial considerations—all to be filled in at a later date by someone other than yourself, after the contract has been signed by all parties?

We didn’t think so. So, why would you commit LSU and the State of Louisiana to such an ill-advised agreement?

The LSU Board of Stuporvisors just named as the new president of the state’s flagship university a man whose highest academic achievement was that of assistant professor before he succeeded his father to the presidency of Murray State University in Kentucky as if he was the heir to some throne and then was named by his personal friend and benefactor, the chancellor of the University of California system, as president of California State at Long Beach. How competent is that?

The Board of Stuporvisors put up a determined fight to keep secret the list of candidates for the LSU presidency.

It’s almost as if they were guarding a highly classified state secret.

What could they have been hiding?

Who knows? With the propensity for secrecy that has become the trademark of the Jindal administration, everything is concealed from view. Remember, it was Gov. Bobby Jindal who invented the term “deliberative process” as an all-encompassing term to protect his office from the public’s right to know what its government is up to.

It is Jindal’s Department of Education that has been sued at least three times in efforts to pry public information out of that shadowy department.

It was in Jindal’s Department of Health and Hospitals (DHH) that a controversial $184 million contract was awarded to the former employer of then-DHH Secretary Bruce Greenstein—a contract that is now under the microscope of federal investigators.

One has to wonder at this point how hard a legal battle the Board of Stuporvisors would wage against efforts to determine specifics of the hospital contracts.

Why are we so jaded, so cynical?

• Item: The President and CEO of the Biomedical Research Foundation of Northwest Louisiana is John F. George, Jr., M.D.

• Item: The Jindal administration dismissed talk of a conflict of interest by pointing out that George will not receive a salary as president and CEO of the foundation, thereby allowing him to remain as a (voting) member of the LSU Board of Stuporvisors.

• Item: On Oct. 25, 1996, the Louisiana State Board of Ethics ruled that Natchitoches Times Publisher Lovan Thomas was prohibited from participating in a decision by the Board of Trustees for State Colleges and Universities to contract with the Times for printing services and that the participating question “cannot be cured by recusal since (state law) prohibits an appointed member of a board from curing a participating problem through disqualification.”

And lest we forget, there are always those pesky campaign contribution reports that members of many boards and commissions must wish we would forget.

Let’s take a quick look at those who found it in their hearts to support Jindal financially and were subsequently rewarded with coveted seats on the LSU Board of Stuporvisors:

• James E. Moore: $21,000 from Moore and his company, the Marriott Courtyard of Monroe;

• Ray Lasseigne: $17,232 from Lasseigne and his company, TMR Exploration;

What’s even more difficult to fathom is that 12 of the 15 members of the LSU Board of Stuporvisors actually coughed up more than a quarter-million dollars for the privilege of serving as a pack of submissive lap dogs for the governor—obviously with no will of their own.

So now, salary or no, George is allowed to serve as President and CEO of the foundation while also serving as a voting member of the LSU Board of Stuporvisors which, in its collective wisdom, has just approved a contract for his foundation to take over the LSU Medical Center in Shreveport and E.A. Conway Medical Center in Monroe—a contract with millions of dollars and hundreds of state jobs at stake—and a contract which contains 50 blank pages but which also:

• contains no acceptance of a specific offer;

• contains no termination clause and from all appearances to our admittedly layman’s mind;

• is susceptible to a challenge by some indignant taxpayer(s) or group of affected hospital employees in that it could be interpreted as invalid because of the court’s inability to compel compliance, and

• has no competent parties—at least on the LSU Board of Stuporvisors’ side of the bargaining table.

TAKE THE POLL BELOW

More in this category: « Louisiana Melancon Moves From Sex Scandal Commercial To Claim Vitter Dodging TV Debates Melancon, Louisiana Democrats Use Sex Card Against Vitter In US Senate Race »
back to top