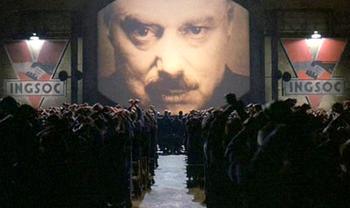 As a former teacher of Internet law and e-commerce, technology and Internet advocate of over 24 years, and someone who has often written about Internet privacy and security, it is quite difficult not to wonder where this new privacy versus security conflict is going. More than ever before, it is time to wonder if Daniel Ellsberg in our past,  and John McCain, Lindsey Graham, our government and technology leaders, presently, have gone too far.

The immediate issue is whether Edward Snowden, the whistleblower, who has shocked the world with explosive revelations of the Obama administration, the NSA, and our major technology companies engaging in frightening invasions into our lives, was justified in releasing this information in the way that he did.

The more extended inquiry is how things might change in the future days and years as we engage in the new privacy versus security debates.
When the Internet first became popular, the questions arose over personal information being violated by hackers, employers snooping upon employees,  websites releasing our nformation upon litigation and in other ways in which we witnessed our privacies being eroded.  The list of potential privacy losses began to mount.

But now, Snowden since revealed his information to the Guardian, our frustrations over personal potential privacy leaks goes well beyond what most of us could have ever imagined.

As a result, we are mystified and scared and we feel powerless.  We were quick to blast the feds for intruding upon our conversations and secrets.

We also look to history. We have memories of our own cities under siege courtesy of terror. While some are drawing analogies to the Pentagon papers of Daniel Ellsberg and the Vietnam War, the battles are not in the remote jungles of Asia. Instead, the venues of destruction are now our innocent wives and mothers, sons and daughters work and play.  It is their arms and limbs that are being scattered on are streets.

It is a brave, yet, highly-dangerous new world.

While we are quick to scream at our government for violating our phone records and Internet surfings, none of us know fully whether the protections have outweighed the intrusions. Few of us know how families can be protected without these electronic engagements. We are quick to invoke big brother but many of us know that those yelling the most will continue blaming the loudest if their world's safety becomes compromised.

Oddly, the latest developments is not a Republican versus Democrat partisan skirmish. This is not the anti-Obama’s versus the pro-Obama’s. Already, high ranking Republican US Senators such as John McCain and Lindsey Graham and other lawmakers and members of the intelligence community who  have supported this type of surveillance.

Edward Snowden is being vilified or praised depending upon political stripes and privacy sensitivities.

Strangely, some of the most liberal voices are the shrillest in their attacks and criticisms of President Obama and his administration.   Everyone seems to have an opinion, but no one seems to have the answers.

Perhaps not even Snowden. We wonder what if he had disclosed the information to members of the intelligence committees and not to the foreign media?

We question whether the damage to our country's reputation is outweighed by our own right to know?

Ultimately, possibly, the greatest inquiry is not just how we can protect each one of us from our government but how do we insulate each one of us from ourselves. Ever since the Internet became a consumer commodity in the early 1990s, we were all cautious over the prospects of outsiders looking inside of our individual worlds gathering our data and are personal information. The prospects of our credit card information and other privies being stolen became the daily discussion on our new shows and in magazines. Much has changed. Years later, New York City and the Pentagon came under attack. As more of us obtain computers and then smart phones, we began to reveal our inner thoughts to strangers via our friendly services such as Facebook, Twitter, and now hundreds if not thousands of other online sites.

Times have indeed changed. When AOL and Yahoo ruled the world, and when Google first became the search of choice, none of us would ever have imagined that we would be posting pictures of our families.  Few envisioned that we would publically show others our home address, that we would transmit notices and maps as to where we were eating.  We kept with whom we politicked, or details of any our activities away from others.  Now, we  so casually feed all of this to strangers. We forget that we are creating a digital portfolio about each one of us without the concerns over and without the abilities to destroy that data from the once-trusted public.

Unquestionably, life is much more difficult today than it was yesterday when mail meant postal.

Indeed, we should be shocked and angry over what Snowden has revealed. But our anger should be directed not just at him or the Obama administration and national security agencies--but ourselves. We want the cool gadgets of technology, the conveniences of information always, now and everywhere. We are demanding the abilities to communicate with others beyond walls. We are learning how to electronically exclude and include others into our lives.

We also want our families, schools, and our cities, protected from forces dedicated to destroy us. We want the greatest security and privacies that money can buy. So, while we condemn our government for listening into our conversations, we ignore our own privacy leaks of which we have almost total control.

Each one of us should accept the fact that living in this world of curious minds and easy access has a steep price.
The ultimate discussion in this Snowden, NSA debate--both individually and as a country--is not just what our government should know and not know   about lives.  The primary debate is--just how much are we willing to tell to the world and eventually to them? There is a price to pay for us to maintain our secrets and another for our country to maintain our safeties.

While we live in fear of others knowing what we know and what we do, all of us living in this new social world have greater controls over our lives than we think.

The powerful truth is simple.  Each one of us, determines the price to pay and the rights to forfeit as we balance privacy and security protections in this new age.

More in this category: « Education Is Chair In Back Of Class With Louisiana Elections, Priorities Louisiana Sen. Landrieu Keeps Hold On OMB Nominee Due To Gulf Moratorium »
back to top