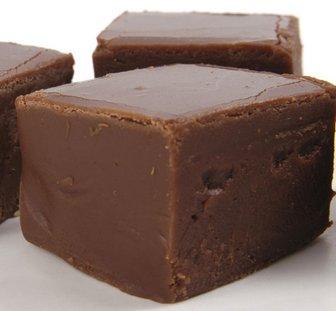 With the necessity of an election now less than a year-and-a-half away, Sen. Mary Landrieu knows her reelection chances are most imperiled by hers being the decisive vote for the misnamed Patient Protection and Affordable Care Act, better known as “Obamacare.”

Thus she took the opportunity at the end of the recently-completed regular session of the Louisiana Legislature to write an opinion piece on a matter related to it that provides a textbook example of how she will try to distort, if not outright fib about, the issue during the campaign.

Landrieu addresses in writing the Legislature’s decision not to expand coverage to all but the lowest-income households already covered, a choice made optional for states as a result of the U.S. Supreme Court ruling almost a year ago on the matter. She berates its majority and Gov. Bobby Jindal for this opposition, and gives alleged justifications that, when analyzed in the light of truth, simply do not hold up.

Initially, she claims that “By saying no to the expansion, they said no to positive economic impacts to Louisiana’s economy and health care improvements for many people who desperately need and deserve better care.” She then cites statistics from the leftist advocacy group Families USA that purport to show increased economic impact and jobs – but naturally ignores the report’s lack of comprehensiveness in its approach that makes its conclusions next to worthless.

She also never mentions that from a holistic perspective, that expansion for states will have an overall negative economic impact, because of the additional money it removes from the economy transferred to pay for an inefficient program, which can come in the form of higher taxes, and the displacement of clients it will cause to private insurers. Already, data collected by the Federal Reserve shows at the national level Obamacare as a whole, even at this early stage, is having a significant negative economic impact. The same should be expected for its derivative Medicaid expansion.

Proponents like Landrieu will argue that perhaps other states might see a negative impact economically, but because Louisiana has a higher proportion of uninsured poor it could benefit from the increased federal money pumped into the system. But this is contradicted by the fact that the more uninsured that enroll (and also the more insured displaced), the higher a state’s cost becomes, necessitating either or both of draining more from other state government programs or raising taxes.

Landrieu employs the typical dodge here, in arguing “the governor’s own estimate from the Department of Health and Hospitals shows savings as high as $367 million over 10 years.” Stating it this way shows she either didn’t read the report or wishes to mislead deliberately. In fact, the only “savings” that occur disappear as soon as the federal reimbursement rate drops to 90 percent in 2020; after that, the state progressively loses more money every year. By 2023, the loss is $93 million a year, over 15 percent higher than the previous. At that rate, over the next decade (2024-33) the state will pay a staggering $2.675 billion more because of expansion – and it’s unlikely that the federal government will keep its match that high with pressure to blend it with the regular (FMAP) rate that will be at least 20 percentage points lower. There is no way that will not have a negative economic impact on Louisiana.

She also misleads with her claim that expansion (with Obamacare) would “to deliver high-quality and affordable health care to the middle class and working poor.” Certainly as far as the Medicaid component that would deliver to the poor does, that is entirely false. The most recent research on the quality of Medicaid provision, relative to receiving no care at all, demonstrates there’s really no difference, and also backs past studies showing a significant gap in care quality of Medicaid to private insurers – which expansion under current rules would not facilitate, even under modified models.

Finally, Landrieu also employs the “use-it-or-lose” fiction: “Even more distressing is the fact that Louisianans’ federal tax dollars will be used to pay for better health care for people in other states.” Besides the obvious error that it produces “better health care,” this passage is entirely false: the money that comes into the program is formulaic on the basis of usage and is not a pot paid into regardless of usage. But even if it were true, why throw good money after bad given the demonstrated negative economic impact, drain to the state’s treasury, and inferior outcomes?

Understand that Landrieu wrote this to try to address perhaps her most vulnerable issue, to bolster her bad decision that foisted Obamacare on America, a vote that no doubt during the campaign will be hammered home by her main opponent Rep. Bill Cassidy who has enormous credibility on this issue. He remains a medical doctor in practice who sees Medicaid patients in that capacity on a regular basis; outside of photo opportunities, likely the only people Landrieu interacts with who use Medicaid are her domestics (citizens or otherwise). By trying to paint expansion as a good deal, she also tries to justify that vote.

And in doing so here, she unintentionally serves up great irony. Refusing to acknowledge all of the bad effects of expansion, the only reason then she can conjure to explain why state policy-makers, Jindal in particular, refused was because “political agendas and future campaign prospects got in the way.” Yet her piece through its amazing avoidance of reality is nothing more than a craven surrender to her own political agenda and future campaign prospects. As is typical, she accuses her opponents of being the very thing she is.

The numbers for her reelection chances have not been looking good and so she will say anything to prop them up. The interested and informed public needs to realize the falsity of this effort and the avoidance of responsibility it constitutes.