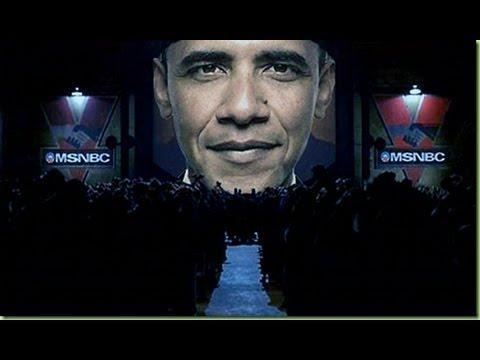 In his 1996 State of the Union Address, President Bill Clinton declared that the era of big government was over.

Of course, the President was talking about the role of government in our daily lives and its overly burdensome rules and mandates.  As we now know the era of big government may have taken a short rest, but it has returned with a vengeance in Obama Care.  What we did not know was that era of Big Brother never took a rest and has arrived bigger, stronger, and better armed than ever.

For weeks now the news media has been reporting non-stop about the scandals that have rocked our nation’s capital.  The abandonment of our diplomatic outpost in Benghazi that resulted in the deaths of four Americans including our ambassador to Libya is a scar on American foreign policy.  The IRS mess where the most powerful agency in the federal government targeted conservative groups for close scrutiny is much more than troublesome.  And lastly what was a blatant violation of the first amendment and the constitutional right of a free press through the subpoena of records from Fox News reporter James Rosen and others should concern liberals and conservatives alike.  If all of this is not enough, there is now more.

It has been revealed that the National Security Agency (NSA) has been collecting cell phone logs of Americans under the guise of rooting out terrorists and terrorist acts before they happen.  In a recent nationwide Rasmussen Poll, voters rated the surveillance of these calls as the most serious controversy in Washington today.  In my opinion the current practice employed by the NSA is a clear violation of the U. S. Constitution.

The law is well settled that law enforcement cannot troll our telephone records, emails, or mailboxes simply to find out where the next bank robber, thief, or embezzler might be hiding.  That would be an illegal search and unconstitutional.  The evidence obtained would be tossed out by the judge, and the accused would likely walk.  Most people would not like law enforcement showing up at their homes or places of business to "check things out."  Again illegal.  So is the federal government violating our fourth amendment right against illegal searches and seizures?  Here is the Fourth Amendment to the United States Constitution.  Remember that it was written as part of the Bill of Rights in 1789:

"The right of the people to be secure in their persons, houses, papers, and effects, against unreasonable searches and seizures, shall not be violated, and no Warrants shall issue, but upon probable cause, supported by Oath or affirmation, and particularly describing the place to be searched, and the persons or things to be seized."  Fourth Amendment to the United States Constitution.

Washington politicos, democrats and republicans, are all over the chess board in support of and in opposition to the NSA’s snooping activities.  Many folks say they don't mind all of this snooping.  They say they have nothing to hide.  They say that in this day of terrorism we must give up some of our rights to remain a free nation.  Liberal California Senator Diane Feinstein says this is called “protecting Americans.”

Uncle Sam has gone too far.  We do not have to give up our most basic and fundamental rights that protect us from government overreach.

The American people must be assured that the collection of our most private communications, thoughts, and ideas by the federal government is not a fishing expedition to see what can be found.  Snooping on known terrorists or those with ties to known terrorist groups or organizations is fair game.  But the mere collection of telephone numbers of every American citizen is too much.  The American government should not go on a fishing expedition trying to catch anything it can while not knowing, however, whether there is anything there to catch.  This is wrong and should not be tolerated.  And to say that people should be willing to give up some of their rights to be protected from terrorists is not understanding just how dangerous an overly zealous government can be.  In many ways it is as dangerous as those terrorists we seek and who are out to get us.

So how do we protect the American people from government overreach?  One way is to appoint judges who follow the constitution.  These judges should require the law enforcement community to show probable cause for the search and not allow law enforcement to shoot an arrow into the air just to see where it might land.  That is unconstitutional.

We are fast approaching a line we should not cross if we have not crossed it already, and we should back away from that line now.  Far, far way.  We can protect our nation and our people from terrorists.  Let’s just do it right.  Let’s just follow the constitution.