NSA, Obama be beyond Bush League now on privacy invasions 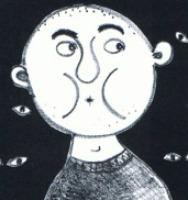 My regular morning coffee group gets to the nuts and bolts of what’s wrong with America each morning as we hash it all out over strong chicory and beignets.

Quite frankly, the nation would be better served if members of congress would just heed the advice of our over 70 gang who collectively have a lot of common sense.  All of us are a bit surprised over the outrage regarding the Obama Administration’s “secret surveillance” program that has apparently been going on for years.

Senate majority leader Harry Reid from Nevada summed it up very well: “Right now I think everyone should just calm down and understand that this isn’t anything that is brand new, it’s been going on for some seven years…”  What Reed is saying reflects the same warped view that’s been expressed by way too many voices in both political parties.  If our representatives standby and allow the government to abuse power long enough, it becomes okay. We just suck it up, and allow one constitutional provision after another to get thrown under the bus.

Spying on all of us by the government as well as by the private sector has been going on for some time.  Like it or not, you are being digitally frisked and strip-searched every hour of every day.  Your smartphone, computer, all other electronic communication devices pour out digital bits and bytes that are collected by more groups than any of us can imagine. Even your cable connected TV or DVD player sends out information on what programs and movies you watch.

Just test out the collective system.  Do a bit of trolling on the Internet and check out some possible purchases.  Then go to Facebook, or any of the other numerous social media sites, and, voilà — your potential purchases magically appear on your computer screen.  Remember Gene Hackman’s movie back in the ’90s called “Enemy of the State?  Hackman plays the role of a National Security Agency analyst, and he tells the attorney played by Will Smith, “the agency has been in bed with the telecommunications industry for decades, and they can suck assault drain off the beach.”

But should a government agency have access to so much of what used to be considered your private information?  We used to allow and expect law enforcement and security agencies to go after the bad guys.  But the net now ensnarls everyone.  The Obama Administration, we now find out, has put in place a system that gathers data on virtually every aspect of your life, including your emails, your phone calls, your video chats, photographs, connection logs and just about every communication that you make.  If they are supposedly going after the bad guys, then you and I — all of us — are being profiled as bad guys.

The foundation for so much of this government over reach is the so-called “Patriot Act,” passed by a weak kneed congress following the 9/11 attacks.  Those readers who regularly follow my columns know that I’ve been writing about the atrocities emanating from the Patriot Act for years.  As I wrote back in 2005:  “”Simply put, the Patriot Act is one of the most egregious acts against basic rights and liberties that we have witnessed in our lifetimes. This appalling law has, for all practical purposes, driven a stake through the heart of the Bill of Rights.”

There were some members of congress who raised strenuous objections to this loss of freedom.  Then Senator Obama opposed the Patriot Act and railed that the surveillance policy in place by the Bush Administration “puts forward a false choice between the liberties we cherish and the security we provide.  This legislation gives people no rights to appeal the need for such a search in a court of law, and no judge will hear their plea; no judge will hear their case.”

Stephen Aftergood, director of the Project on Government Secrecy at the American Federation of Scientists, summed up Obama’s change of heart this way: “Clearly, he took a critical stance towards surveillance as a senator. That has been all but absent from his policies as president.”  Obama now, following in the Bush era’s footprints, seems to feel that there is nothing wrong with using executive power to bend the law.  That is, as long as he’s the executive who’s doing it.  Remember the 1971 song by the Who, Won’t Get Fooled Again?

Same as the old boss.

Obama tells us to trust him (cause you know,) he needs all of us “to not question the government and help them prevent terrorist attacks.”  Forget the constitution.  We need to rely on government paternalism.

The New York Times, normally an Obama mouthpiece, editorialized:  “President Obama issued the same platitude he has offered every time he is been caught overreaching in the use of his powers:  Terrorists are a real menace and you should just trust us to deal with them because we have internal mechanisms (that we are not going to tell you about) to make sure we do not violate your rights.”  Are you persuaded?  My coffee buddies certainly aren’t.

Even the congressman who authored the Patriot Act has some real concerns over the abuses happening today.  Representative Jim Sensenbrenner, a Republican from Wisconsin, said this week that the National Security Agency went way beyond its authority when it obtained a secret order to seize the log records of millions of Americans.  “As the author of the Patriot Act, I’m extremely troubled by the FBI’s interpretation of this legislation,” he said. “I have always worried about potential abuses of the Patriot Act. Seizing phone records of millions of innocent people is excessive and un-American.”

As I headed for coffee today, I dug out my 30-year-old copy of George Orwell’s, “1984.”  The cover was a bit tattered, the pages had yellowed, but the message still rings true.  “There was of course no way of knowing whether you were being watched at any given moment. It was even conceivable that they watched everybody all the time. But at any rate they could plug in your wire whenever they want to.”

There is a Latin motto that reads, “Scientia Est Potentia” — Knowledge is power.  But when the government is able to gather up the reams of data that profile, and even define every aspect of your life, such knowledge and such power forces “we the people” to give up freedom for supposed security. The government is only working for our good?  Tell that to my friends over coffee.  They’re very skeptical.  Just like me.

Jim Brown’s syndicated column appears each week in numerous newspapers throughout the nation and on websites worldwide.  You can read all his past columns and see continuing updates at http://www.jimbrownusa.com.  .   You can also hear Jim’s nationally syndicated radio show each Sunday morning from 9 am till 11:00 am, central time, on the Genesis Radio Network, with a live stream at http://www.jimbrownusa.com.