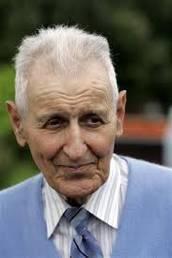 After his rousing keynote address at the Republican National Convention last August, U.S. Senator Marco Rubio (R-FL) was the darling of the GOP.

As a young, articulate, intelligent, Cuban-American, Rubio was seen as a leading 2016 presidential candidate. Some commentators even predicted that Rubio was so outstanding that he would scare away many of his would be opponents.

What a difference a year makes! Rubio is no longer the shining star of the Republican Party, since that role now belongs to U.S. Senator Ted Cruz (R-TX).  In February, Rubio lost some luster when he awkwardly reached for a bottle of water while giving the Republican response to the President’s State of the Union speech. While he became the butt of jokes from late night comedians and received ridicule on social media, Rubio retained his positive standing among conservative Republicans, the base of the party.

Today, such conservative support for Rubio has evaporated. The mere mention of his name causes some Republicans to yell expletives. The reason for the dramatic change is Rubio’s strong support for the immigration reform bill.

His sky high approval ratings have decreased among self-described conservatives. According to a recent Public Policy Poll, Rubio’s approval rating among “very conservative” respondents has declined nine points and among “somewhat conservative” respondents it is down four points. Even among Hispanics, Rubio’s approval rating has declined five points since March. This is quite ironic for many Republican Party leaders believe that support of the immigration reform bill is essential to build support in the Hispanic community. Well, it is not working for Senator Rubio, the poster child for the “Gang of Eight,” the bi-partisan group of Senators who are sponsoring the immigration reform bill.

This motley Senate gang of moderates and liberals includes liberal champion New York Senator Chuck Schumer. Most Republicans are appalled that Rubio is pushing a plan supported by not only Schumer, but also President Obama.

It is clear why Democrats like Obama support the bill. They know that once 11-20 million illegal immigrants are given the right to vote, the vast majority will support the Democratic Party. Yet, why are Rubio and other Republican moderates supporting this bill? The negative ramifications for the GOP could be quite severe. In the last election, 77 percent of Hispanic voters cast their ballot for Barack Obama. If this bill is passed, red states like Texas will become blue and then the GOP can forget about ever winning another presidential election. It seems like Rubio has a death wish for the Republican Party. It is why columnist Ann Coulter calls him “the Jack Kevorkian of the Republican party.”

Besides the obvious political ramifications, there are many, many reasons for conservatives to oppose the immigration reform bill. It will legalize the millions of undocumented aliens first before any consideration of border security. In an interview last Sunday on Univision, the Spanish language TV network, Rubio said “First comes the legalization, then come the measures to secure the border, and then comes the process of permanent residence. What we're talking about here is the system of permanent residence. Regarding the legalization, the enormous majority of my colleagues have accepted that it has to happen and that it has to happen at the same time we begin the measures regarding [border] security. It is not conditional. The legalization is not conditional.”

This shocking statement contradicts what Rubio said in other interviews when he claimed the border security would be implemented before amnesty. It also is not what the American people want, which by a 4-1 margin say that border security needs to be improved before any type of amnesty is granted.

Our current border security is a joke. Along the 2,000 mile border with Mexico, only 656 miles of fencing is completed. It is quite sad to realize that we can’t build a fence in 2013, but the Chinese completed a 13,000 mile Great Wall that started in the third century B.C. The U.S. government certainly has the technology to build a simple fence; it just lacks the political willpower. We are too concerned with political correctness and how a border fence will be interpreted by our Mexican neighbors and the millions of Hispanic voters in this nation. Thus, we are ignoring our national security and the wishes of a vast majority of Americans.

In his support of immigration reform, Rubio is trying to pander to the mainstream media, the GOP establishment and Hispanic voters. Yet, he is losing the key demographic that controls the nomination process, grassroots conservatives. After his despicable performance promoting this amnesty bill, conservatives should rule out Rubio as a presidential candidate. Clearly, he is a faux conservative, not a real one.

Thus, he might succeed in passing the immigration reform bill in the Senate, but he will never succeed in his real goal, becoming the 2016 Republican presidential nominee and the next President of the United States.