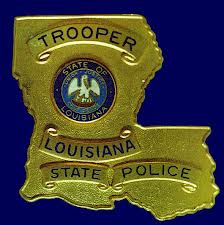 Good and bad news from the Louisiana State Police regarding the explosion at the Williams Olefins facility in Ascension Parish.

The good news--the state has relinquished control of the facility to the company.  The bad news--the State Police has been informed that a second individual has died from the explosion.  Below is a press release from the Louisiana State police:

**UPDATE - In addition to the information below, LSP has just been informed that a second individual from yesterday's incident has died (Scott Thrower, 47y/o of St. Amant, LA).

BATON ROUGE – The Louisiana State Police (LSP) Emergency Services Unit has concluded operations at the site of yesterday’s fatal industrial incident at the Williams Olefins facility in Ascension Parish.  LSP HazMat Technician Troopers have been on scene since Thursday morning when they first responded to reports of an explosion and fire.

Following a mid-morning meeting Friday with involved agencies and a debriefing by the LSP Emergency Services Unit, Troopers have relinquished control of the facility back to Williams Olefins and the operational plan has transitioned from an emergency and public safety response to remediation.

The Department of Environmental Quality, along with the air monitoring contractors hired by Williams, will continue to assess the air/water quality on and around the facility and report any readings of concern to LSP Hazmat Technician Troopers.  An OSHA investigator, who is on-site, will begin the in-depth investigation as to the exact cause of the fire.  OSHA will review every operational aspect at the time of the fire by examining work orders, work assignments, processes ongoing at that time and any other pertinent factors including actions of the contractors who were on-site.  The LSP Emergency Services Unit will request a copy of OSHA’s final report and will make it part of the State Police investigative file.

During the final debriefing Friday morning, the following actions and activities were reported to the LSP Emergency Services Unit:
·        LA 3115 in front of the facility was re-opened at 10 AM.

In addition to the response of the LSP Emergency Services Unit, the Louisiana State Fire Marshal Butch Browning and his team have been on scene throughout the incident.  The Office of State Fire Marshal provided assistance to local responders in support of firefighting, sheltering of evacuees and rehab of firefighters.  They have conducted a fire cause and origin investigation in partnership with State Police and are providing assistance in plan review and inspections for recovery and re-building of the facility.

“First and foremost, our thoughts and prayers continue to be with the family of Mr. Green and the others affected by yesterday’s incident,” said Colonel Mike Edmonson, State Police Superintendent.  “The entire Department of Public Safety family mourns with all who have been affected by this incident.  With that said, I must also say that I not be prouder of the response from the police, fire and EMS personnel from across the region.  These types of unfortunate incidents are best managed through partnerships.  They exemplify the level of planning and training that occur on an on-going basis.  This was truly a team effort as all of us share the primary goal of protecting the citizens we serve.  As the role of our LSP HazMat Technician Troopers’ on-site diminishes, we will continue to be engaged and support OSHA and the company as they work to determine the cause of this fatal fire.”