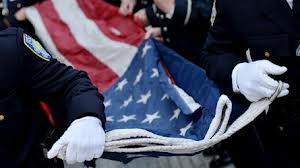 “I’d thank my lucky stars, to be livin here today. ‘Cause the flag still stands for freedom, and you can’t take that away. “   Lyrics to “God Bless the USA” by country music star Lee Greenwood

As recognized by Lee Greenwood and many other patriots, our American flag does stand for freedom. It also represents our nation, our great people, and our values. It is a unifying symbol that is a beacon of hope for oppressed people all over the world and it should be treated with respect by all Americans.

Sadly, the American flag is often treated with contempt by people who have little regard for what it means. The latest example involves rap star Lil Wayne, aka Weezy, who repeatedly stomped on the American flag during the recent taping of a music video.  It was clearly not inadvertent for the video shows the rapper literally walking all over the flag.

Lil Wayne is feeling the heat for this outrageous behavior. People throughout the country have blasted the rapper for showing such disrespect to the flag.  In particular, veterans, who fought to defend the country, are outraged at the rapper’s conduct.

Once the firestorm erupted, Lil Wayne responded with a lame statement. He claimed that he did not intend to “desecrate the flag of the United States of America;” however, he refused to apologize for his antics.

While idiots in the world of entertainment have the First Amendment freedom to burn the flag or trample on it like Lil Wayne, there is nothing stopping Americans from refusing to endorse such behavior. People should boycott his “music,” and stop supporting his well publicized addictions to marijuana and powerful cough syrup concoctions. In fact, Weezy was recently hospitalized for an overdose of the dangerous cough syrup blend.

Americans who boycott Lil Wayne would not be missing much. He cannot sing and his “songs” are barely intelligible raps about life in the “hood.”

In his latest album, the rapper blasts the very country that has supported his career and made him a multi-millionaire.  Without dedicated American fans who faithfully buy his records, Lil Wayne might still be a street criminal in New Orleans, not a rich “artist.”

What is so great about the United States of America is that a rapper like Lil Wayne can rise from the housing projects of New Orleans to become world famous. It is something that should be celebrated, not condemned.  Clearly, Weezy would not have been able to attain these heights of stardom in any other country.

Therefore, it is quite ironic that Lil Wayne has such little gratitude for the country that has given him so much. Not only did he defile the American flag in his video, but the rapper also denounces his country in his new album. On one of his new songs, Weezy raps that “my country ‘tis of thee/ sweet land of kill ‘em all and let ‘em die/ God bless Amerika/ This so godless Amerika … the stars on the flag are never shining.”

Lil Wayne has no appreciation or understanding of his country. The stars on our flag have been shining since our Founders established this great nation. In addition, none of this would have been possible without Divine protection.

Lil Wayne is a misguided fool, who has insulted millions of Americans. The American flag represents our way of life and the great patriots who have fought for our country. Many brave Americans have died fighting to protect the American flag. It is most appropriate that our flag drapes the coffins of the courageous veterans who served our nation and kept us free. There is no more powerful and unifying symbol of our nation.

By literally walking all over the flag and condemning his country, Lil Wayne has exposed his true colors.